Rupee depreciates 38 paise to 81.78 against dollar 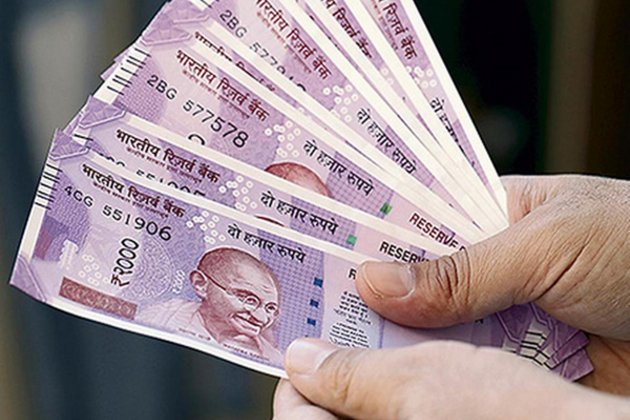 Mumbai (Maharashtra) [India], October 3 (ANI): On Monday, rupee was trading at 81.78 against US dollar in early trade, tracking a muted trend in domestic equities. The domestic unit depreciated 38 paise against the dollar in morning trade. On Friday, the local currency settled at 81.36 against the greenback.

Oil jumped on Monday as Opec considers a cut to output this week, while Asia shares were mixed with holidays in the Asia Pacific (APAC) region likely to result in thin trading. Further, rupee may be pressurised by rise in crude oil prices. Traders say surging crude prices in the international market impacted the domestic unit.

Government bond yields are expected to open higher on Monday, as concerns over debt supplies may resurface after weaker-than-expected demand at a debt auction on Friday. Bond prices and yields are inversely related. Traders attributed the rise in bond prices to foreign investors buying Indian notes on likely inclusion in global indexes.

Experts expect markets will focus on manufacturing and services data, currency trends and global cues. Eventually, it is anticipated that their attention will shift to September quarter earnings.

On Friday, the rupee witnessed range-bound movement and was trading 12 paise higher at 81.61 against the American currency after the announcement of RBI monetary policy. The appreciation bias could be limited as the US Federal Reserve will continue to hike the interest rate by another 125 bps till the end of the year to contain the stubbornly high inflation.

The Reserve Bank of India (RBI) on Friday raised the benchmark lending rate by 50 basis points, the fourth straight increase since May, as it extended its battle to tame stubbornly high inflation. The Reserve Bank of India (RBI) has now raised interest rates by a total of 190 basis points since its first unscheduled mid-meeting hike in May, but inflation remains sticky - a phenomenon that is affecting much of the global economy. (ANI)