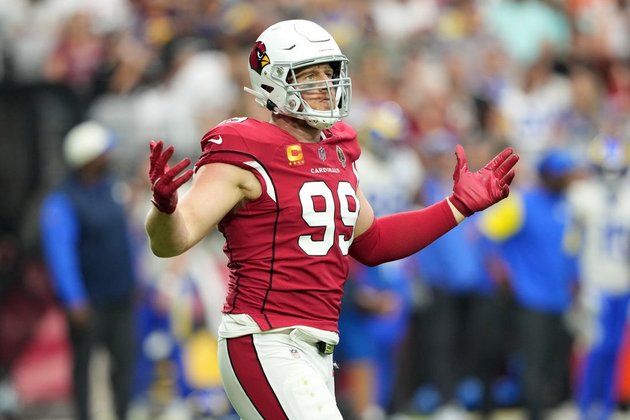 Watt, who was listed as questionable to face the Panthers due to a calf injury, revealed Sunday morning on social media that he also experienced a cardiac scare this week.

"I was just told somebody leaked some personal information about me and it's going to be reported on today," Watt posted on Twitter. "I went into A-Fib on Wednesday, had my heart shocked back into rhythm on Thursday and I'm playing today. That's it."

Watt, 33, has two sacks and three tackles in two games this season. The three-time NFL Defensive Player of the Year has 104 sacks, 294 quarterback hits and 26 forced fumbles in 137 starts with the Houston Texans (2011-20) and Cardinals.