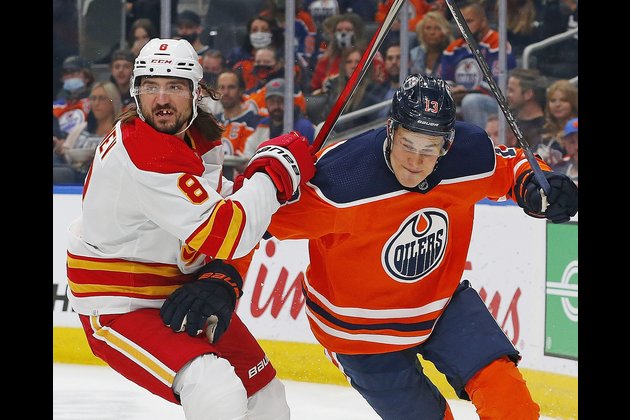 Tanev, a key part of Calgary's penalty killers, was injured in the second period of his team's Game 6 loss on Friday when he fell awkwardly and had a player land on him. Tanev attempted to return to the game but took a quick shift and didn't play any further.

Tanev is among Calgary's top players in ice time. Forward Brett Ritchie returned to the lineup for the Flames on Sunday.

Hintz, a top-line forward who collected two goals and four points in the first six games of the best-of-seven series, was a surprise scratch due to an upper-body injury, the team reported. Hintz took part in the pre-game warmup.

Glendening, who has no points in the series, was on the receiving end of a hellacious check from Calgary defenseman Nikita Zadorov on Friday's clash. Glendening went to the dressing room in obvious discomfort, woozy from the check.

Zadorov, who received no penalty on the hit, had a hearing with the league but received no supplemental discipline.

Ty Dellandrea made his playoff debut for the Stars, while Denis Gurianov returned to the lineup.