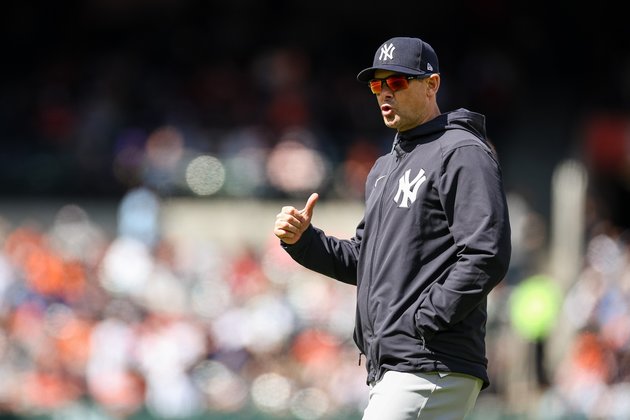 Nestor Cortes followed up his near no-hit bid by pitching a career-high eight dominant innings and the visiting New York Yankees made the most of two hits in a 5-1 victory over the Chicago White Sox on Sunday afternoon.

Six days after coming within five outs of a no-hitter on Monday against the Texas Rangers, Cortes (2-1) shone again. He took a shutout into the eighth and allowed one run on three hits to lower his ERA to 1.35 -- the lowest in the American League among pitchers with at least 30 innings.

Cortes struck out seven and walked none. It marked the left-hander's 16th straight outing of allowing three runs or less. He is tied with teammate Luis Severino for the second-longest such streak in Yankee history.

Cortes lost his shutout bid on his 94th pitch when Adam Engel lined a 1-1 slider a few inches fair down the left field line for his first home run of the year. After Engel connected, Cortes retired pinch hitter Yasmani Grandal on a fly ball to the warning track in right and got Josh Harrison on a groundout to third.

The Yankees won for the 20th time in 24 games despite getting two hits against Chicago starter Michael Kopech (0-1) and three relievers (Ryan Burr, Reynaldo Lopez and Jose Ruiz). Their first hit was a two-out single in the second by Isiah Kiner-Falefa as Kopech struggled to find the strike zone.

New York scored its first two runs on bases-loaded walks by Aaron Hicks and DJ LeMahieu. The Yankees made it 3-0 when Jose Trevino scored on a wild pitch during an at-bat to Aaron Judge.

Chicago retired 21 straight hitters before Josh Donaldson drew a two-out walk in the ninth. Joey Gallo -- whose two-strike walk started the rally in the second -- followed with a two-run homer to right.

According to Baseball Reference, it was the 21st time the Yankees won a game when getting two hits or fewer. It was the first time they scored at least five runs on two hits or less since June 8, 1952 against the St. Louis Browns.

After Gallo hit his fifth homer of the season, Clay Holmes pitched a scoreless ninth in a non-save situation.

Kopech allowed three runs and one hit in six innings. He struck out three, tied a career high with four walks and threw 42 of his 91 pitches in the second.