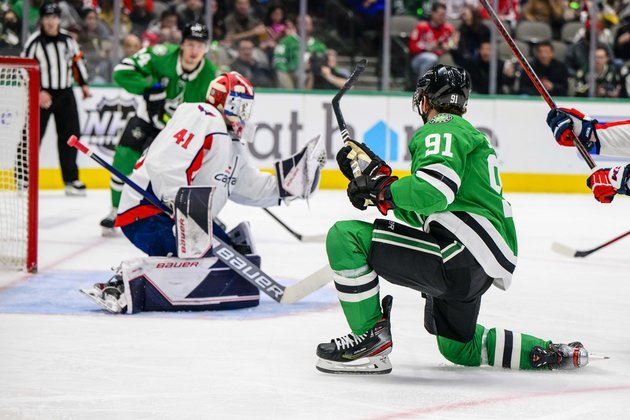 Nicklas Backstrom had a goal and two assists and Vitek Vanecek made 29 saves as the Washington Capitals recorded a 5-0 shutout of the host Dallas Stars on Friday night.

Connor McMichael had a goal and an assist, and Evgeny Kuznetsov contributed two assists for Washington. Tom Wilson, John Carlson, and Trevor van Riemsdyk scored the Capitals' other goals.

Entering Friday's action on a two-game losing streak, the Capitals rebounded by matching their largest margin of victory of the season.

Vanecek held Dallas scoreless to earn his 10th victory of the season. He has two shutouts over his last six outings.

Backstrom has missed much of the season due to a hip injury, COVID-19 protocol, and a non-COVID illness, but the forward has been making up for lost time. Backstrom has 12 points (three goals, nine assists) in 12 games played this season.

The loss snapped the Stars' four-game winning streak, as Dallas was shut out for the second time this season. Joe Pavelski seemed to open the scoring just 42 seconds into the game, but the Stars forward's goal was erased on video review due to an offsides call earlier in the play.

With that apparent early Dallas lead overturned, the Capitals proceeded to dominate the first period, scoring three goals on 19 shots.

The Capitals entered the game with the league's third-worst power-play percentage (13.85 percent), yet both Wilson and Carlson scored on power-play chances within the first eight minutes. Washington was 0-for-16 with the extra attacker over its previous five games.

The revived Washington power play came at the expense of the struggling Dallas penalty-kill unit. The Stars have allowed at least one power-play goal in 14 of their last 16 games, and during those 16 games have killed off only 30 of 47 opponents' chances with the man advantage.

Dallas starting goalie Braden Holtby didn't receive much help from his defense in allowing five goals on 27 shots in two periods of work. A veteran of 10 seasons with the Capitals, Holtby was facing his former team for the first time.