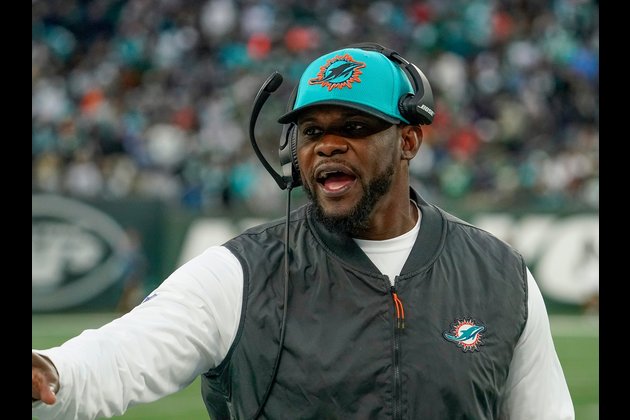 Field Level Media's Aaron Wilson reported Thursday that Flores was Houston's top target for the vacancy. Flores and Texans general manager Nick Caserio have a shared history from their time with the New England Patriots.

Flores, 40, was fired after three seasons in Miami in which the Dolphins managed two winning seasons but failed to make the playoffs. Flores amassed a 24-25 record in that span.

Culley, 66, guided the Texans to a 4-13 record in his lone season on the job. He did so without having access to quarterback Deshaun Watson, who demanded a trade before sitting out the season in the wake of 22 civil lawsuits alleging sexual assault and misconduct.

Flores is the first known candidate to interview in Houston. The news came on the same day that Caserio told reporters that firing Culley was "one of the hardest decisions I've made in my life."

For second time, US to outlaw flavored e-cigarettes

WASHINGTON D.C.: Despite the U.S. Food and Drug Administration's 2016 crack downon fruity, sweet-flavored e-cigarettes that can cause teens to ...

LONDON, England: Official figures have been released indicating that in the year to June, the UK recorded its highest increase ...

US approves sale of hearing aids without medical prescriptions

WASHINGTON D.C.: The U.S. Food and Drug Administration has approved the sale of over-the-counter hearing aids for people with mild ...

DHAKA, Bangladesh - Michelle Bachelet has urged the Bangladesh government to establish an independent investigation into allegations of enforced disappearances. ...

LONDON, England: Despite a legal challenge in London's High Court in early September, the UK government is continuing to pursue ...

NEW DELHI, India: During his national day address this week, Prime Minister NarendraModi said India will seek to become a ...

SYDNEY, NSW, Australia - Stocks were in the doldrums in Asia on Friday as investors weighed up potential Federal Reserve ...

NEW DELHI, India: After a decline in prices reaching a 2-year low encouraged investors to purchase silver in 2022, India's ...

NEW YORK CITY, New York: The American hedge fund Third Point has purchased a stake worth some $1 billion in ...

NEW YORK, New York - Investors were divided on Thursday as to where to send U.S. stocks. Jitters about inflation, ...