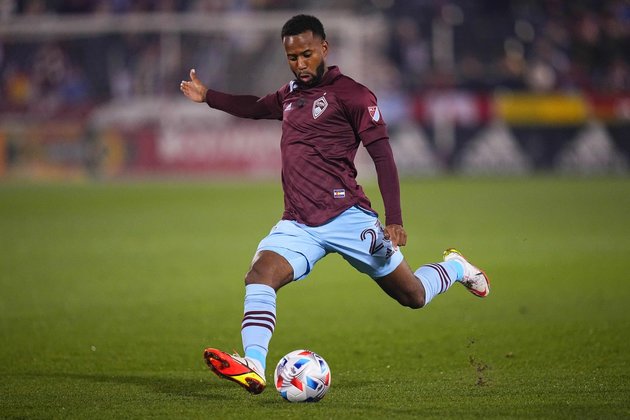 The deal calls for $1.1 million in General Allocation Money to be paid evenly over the next two seasons. The Rapids could receive up to $400,000 more in GAM if performance bonuses are met.

Acosta has also earned 45 caps with the U.S. Men's National Team. He played in 21 matches in 2021 and was part of the team that won the Gold Cup.

"Kellyn is a player that has all the attributes necessary to play how we want in the midfield," LAFC general manager John Thorrington said in a statement. "He provides versatility and ability to help our team immediately. He is in his prime, a fixture in our National Team, and offers the MLS experience we sought in the offseason."

Acosta is eligible to become a free agent following the 2023 season. He made $1 million in base salary last season and $1.115 million overall. Colorado's attempts to sign him to an extension were unsuccessful.

Snow storm closes much of Greece, including Athens

ATHENS, Greece: A severe snowstorm that swept across the Mediterranean region has stranded thousands of motorists on a motorway in ...

BRUSSELS, Belgium: A European Union watchdog, the European Court of Auditors (ECA), has warned that the EU faces considerable economic ...

FORT PIERCE, Florida: The U.S. Coast Guard is searching the waters off eastern Florida, with hopes of saving 39 missing ...

BANGKOK, Thailand: In a landmark move, Thailand, on January 25, emerged as the first Asian nation to decriminalize the use ...

TAIPEI, Taiwan: In its largest sortie in 2022, China sent 39 warplanes towards Taiwan on January 24, amidst tensions over ...

PARIS, France: Under the latest COVID-19 rules adopted by the French government, leading tennis player Novak Djokovic could be allowed ...

PALO ALTO, California: Tesla CEO Elon Musk has predicted that the electric carmaker, which reported a record $5.5 billion in ...

NEW YORK, New York - U.S. stocks roared on Friday with all the major indices racking up solid gains. The ...

DETROIT, Michigan: General Motors Co. has announced that it will invest nearly $7 billion in electric vehicle and battery production ...

BENTONVILLE, Arkansas: Walmart will become the first major U.S. retailer to significantly invest in indoor vertical farming, after announcing it ...

SATKHIRA, Bangladesh - The Royal Institute of British Architects (RIBA) has recognized an 80-bed Bangladeshi hospital in the coastal area ...