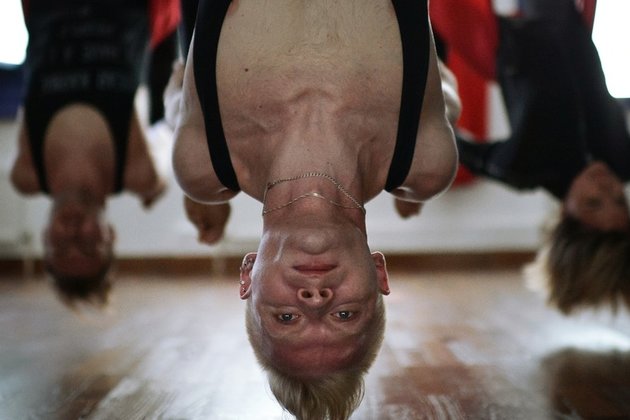 One of Russia's most prominent Christian scholars has warned fitness lovers that trendy yoga classes could be a gateway to spiritual and physical damage, insisting congregations must atone for having taken part in them.

Alexander Dvorkin, a professor at the Russian Orthodox Church's Saint Tikhon's University, told Moscow's Znak on Tuesday that close links to Hindu philosophy make the system of exercise and mindfulness dangerous for believers.

According to him, the Eastern religion is based on the idea of "eternal rebirth of the soul into new bodies," while karma, pain accumulated over lifetimes, builds up. "This is the law of multiplication of suffering, because the amount of pain and tragedy is growing all the time. The only way to get out of this vicious cycle is to die forever, so that you will never be reborn," Dvorkin said. "Yoga exists for this. Yoga is the art of death."

In his view, this contrasts with Christian beliefs about the resurrection of Jesus and the nature of the soul. As a result, the academic claimed, "it is really impossible for a Christian to do yoga," and practicing it is a sin that must be repented for.

"Moreover, as many doctors say, it is not useful for a person to stretch their joints or bend like that," the religious studies scholar went on.

Proponents of yoga say its stretches are beneficial for the body, bolstering flexibility and helping ease pain, while its focus on stilling the mind helps people to focus and clear their heads. According to the Yogi Times, more than 300 million people across the world take part in it, and yoga was the US' fourth fastest-growing industry in 2016 with it taking off as a fitness fad.

However, some practitioners have warned that yoga is increasingly being marketed as a trendy lifestyle exercise and is divorced from its traditional roots in Hinduism and its role in South Asian culture, which they say dates back thousands of years.

BERLIN, Germany: Vice Admiral Kay-Achim Schoenbach, head of the German Navy, resigned due to comments he made on Ukraine and ...

LE PECQ, France: A 75-year-old Frenchman has reportedly died during a solo attempt to row across the Atlantic Ocean. The ...

PARIS, France: Two of the largest energy companies have announced that they are leaving Myanmar, citing human rights abuses and ...

MINNEAPOLIS, Minnesota: The city of Minneapolis and its mayor are being sued by restaurant and bar owners, in response to ...

U.S. unlikely to organize evacuations for Americans in Ukraine

US citizens in Ukraine advised to board commercial flights in case push comes to shove A spokesperson for the US ...

PARIS, France: European aircraft manufacturer Airbus has canceled a multi-billion dollar order by Qatar Airways for 50 of its single-aisle ...

SYDNEY, NSW, Australia - Stocks in Asia were mixed on Monday as investors fretted over this week's meeting of the ...

Toddler plays with phone, $2,000 in furniture delivered to home

HONG KONG: Crystal Cruises is suspending planned sailings of its two ocean-going ships and one expedition ship through 29th April, ...

MARION COUNTY, Tennessee: Following a nearly 10-year court battle, after being served commercial-grade bleach instead of water at a Cracker ...

The Docks of New York