T20 WC: It is about minimising damage in powerplay, says Warner 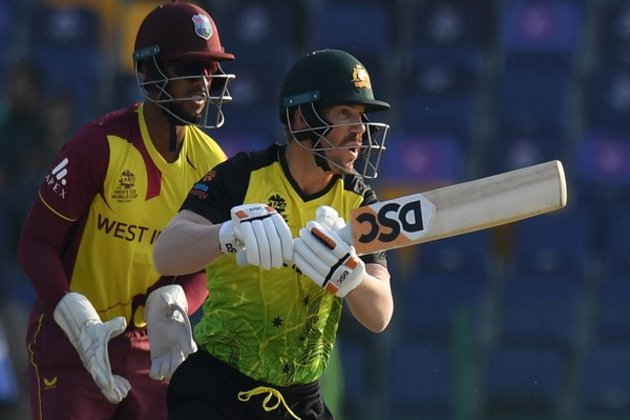 Dubai [UAE], November 14 (ANI): Ahead of the ICC Men's T20 World Cup final against New Zealand, Australia opening batter David Warner said that minimising damage in the powerplay will hold the key for his side.

"As a collective unit, it is all about producing with both ball and bat. In the NZ-ENG game too there were things that went wrong in the fielding department. Looking forward to a nice game. For myself, it is about delivering every time I can," said Warner before the game.

"I look to put the team in a good position. I don't think too much about getting off to a fast start here. The trend here in the powerplay is not high scoring and it is about minimizing damage," he added.

Australia and New Zealand will be locking horns in the final of the T20 World Cup on Sunday evening at the Dubai International Stadium.

The Aaron Finch-led side has lost one match in the ongoing tournament when the team went down to England last month.

Since then Australia has revamped themselves and are on the winning run going into the finals of the T20 World Cup.

Finch on Saturday said the aftermath of Australia's heavy defeat to England helped propel his side into the finals, where they face New Zealand.

"We were disappointed after that game, obviously. "We had a couple of days off to regroup after a gruelling couple of weeks of the tournament when we had to go through quarantine and really hard training," Finch had said in a pre-match press conference.

"It gave us the chance to freshen up mentally and physically. We talked about staying committed to being aggressive," he added. (ANI)