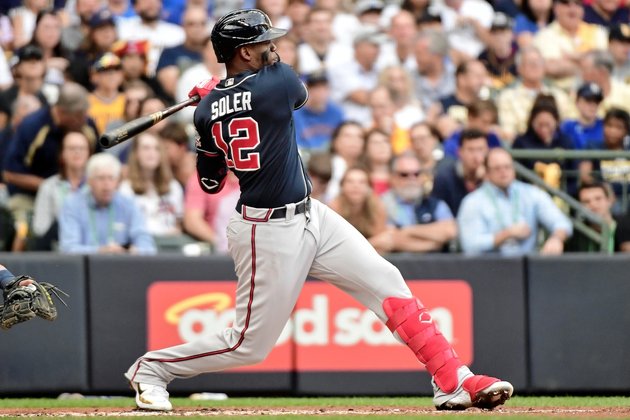 The Atlanta Braves activated outfielder Jorge Soler off the COVID-19 injured list Thursday, hours ahead of first pitch in Game 5 of the National League Championship Series.

Soler has missed the Braves' past five postseason games. He was placed on COVID IL nine days ago, ahead of Game 4 of the National League Division Series against Milwaukee.

Soler replaces OF Cristian Pache on the active roster and will be available to play in Game 5. He is not in the starting lineup against the Los Angeles Dodgers.

The Braves can clinch the NLCS and earn a spot in the World Series with a win over the Dodgers on Thursday night.