ATLANTA, GA / ACCESSWIRE / February 22, 2021 / Chill N Out Cryotherapy Inc. (OTC PINK:CHNO), owner of ClassWorx.com, a Virtual Online Directory for anyone offering Virtual Events, is proud to announce that legendary Chef Paul Gerard will be virtually hosting a cooking class Monday, March 1, 2021 at 6PM. EST. Attendees can support Chef Paul Gerard during these unprecedented times due to COVID-19 by reserving their place in his cooking class through ClassWorx.com.

Raymond Firth, President of Chill N Out Cryotherapy Inc. DBA as ClassWorx, stated, "We are thrilled to have Chef Paul Gerard do his first virtual cooking class via ClassWorx. We did a run-through about a week ago, and it was incredible. The dish he prepared and his phenomenal teaching skills were simply amazing. I am looking forward to more classes with Paul and others on ClassWorx. I am very hopeful that many people will attend Paul's class in show of support for an outstanding chef. Paul is a chef that has been cooking for so many people at his restaurants in New York, Hoboken, and New Orleans over the past three decades. It will really bring Paul and others hope." 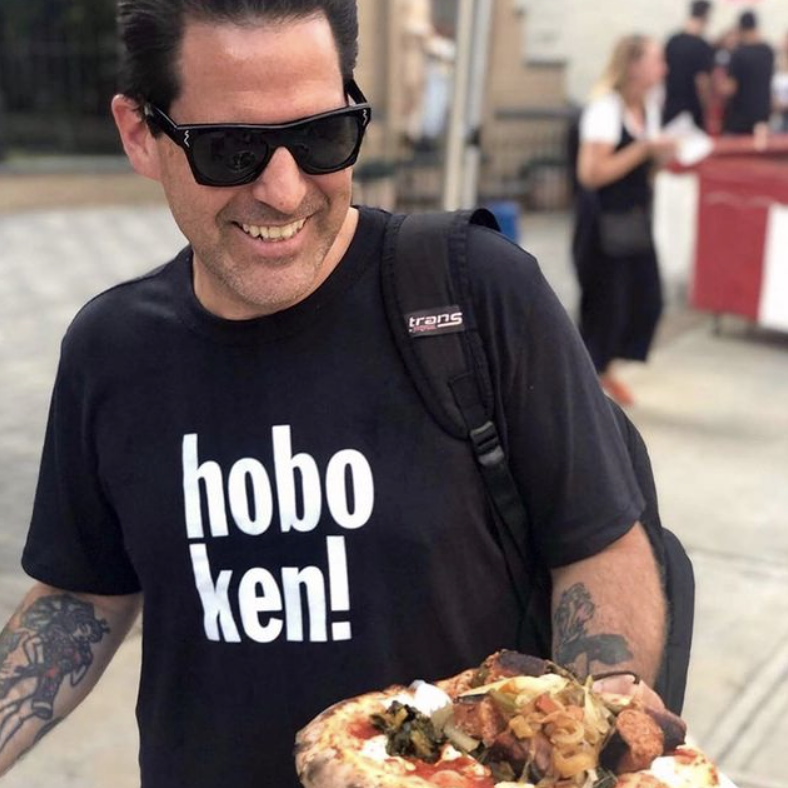 The class is scheduled to run from 6 PM to 7 PM EST but may run a little later depending on questions from attendees. The format will show attendees how to make the dish that Chef Paul Gerard will be preparing, and attendees can cook along.

Below is a full list of ingredients you will need for those who want to cook, along with Chef Paul Gerard and some preparation tips.

We ask you to please share this with others to show your support for Chef Paul Gerard, who has been in the hospitality industry for over three decades. 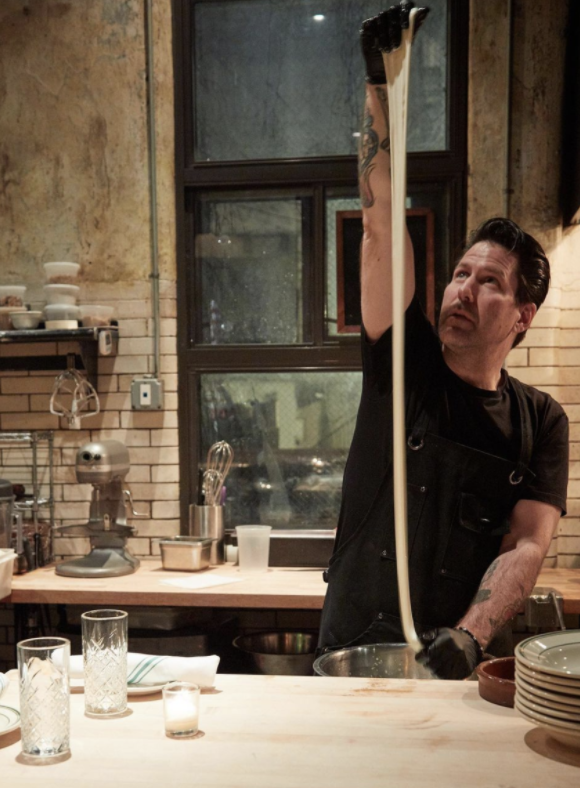 A lighter - NO PASTA - version of the classic Roman Spaghetti Carbonara! Artistic license has never tasted so good!

These days we're all trying to eat healthier, and though, yes, this dish does have cream and cheese and bits of beautiful pork it is "lighter" being plant-based and gluten-free*! But all of that aside, even if you have no problem with pasta, this dish is just good ol' delicious! So let's learn how to cook that big yellow vegetable thing you've seen in supermarkets but had no idea what to do with it! You'll learn tricks of the trade and how to make a dish that even the no-veggies-sworn-kids will LOVE!

*egg in the totally gluten-free version will not be breaded.

PRE-CLASS PREP:
Cook the spaghetti squash - Should be perfectly al dente.
1. Wash the squash
2. Cut squash in half VERTICALLY, not length-wish. (Imagine cutting a football the short way.)
3. With a spoon, remove the seeds.
4. Put squash, cut side down, in a cookie sheet or shallow roasting pan with enough water to cover the bottom.
5. Bake at 400 degrees for 35 to 45 minutes, depending on size. (better to undercook it than overcook it, so if the sides start getting soft to the touch, take it out.)
6. Let cool. We'll do the rest in class. 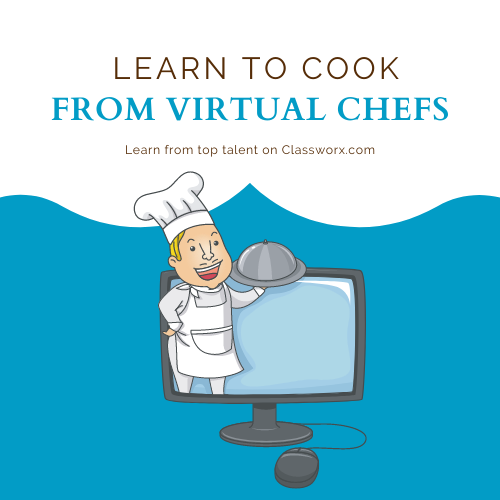 Shopping List:
- 1 medium to large spaghetti squash
- 4oz guanciale (If you can't get it, get pancetta. If you can't get that, bacon will do)
- 8oz pecorino
- 1-pint heavy cream
- 12 Eggs
- Black pepper in grinder (If you only have ground, that'll do, but fresh is always better)
- For crispy poached egg.
- 1 cup flour
- 1 cup breadcrumbs
- Vegetable oil for frying
YES, that's a vegetable! It grows like spaghetti!

Chef Paul Gerard stated, "I'm thrilled to be able to be invited into people's kitchens to teach them what I have learned over the years and help them prepare the same amazing meals that I have been serving to those in my restaurants. The past year has been very trying for so many in the hospitality business; if I can bring some attention to others that can offer virtual classes or events through ClassWorx like I am, I think we can increase interaction with others that are not getting out as much and bring some joy to them - and let's face it, to me as well. I love cooking, and we all have to eat, so let's be sure to eat what we love. I really hope to see you all on March first."

ClassWorx welcomes anyone who is offering events or classes virtually to join and create a ClassWorx profile and post your class or event schedule. All members on ClassWorx can link to Zoom and Stripe to virtually deliver your online virtual event or class and get paid if you charge for your event or class.

Cook Like A Cook!
Lifelong Chef and restaurateur Paul Gerard will teach you how to Cook Like A Cook! Even after 35 years in professional kitchens, Chef Paul still "works the line" and cooks in his restaurants. If you want to know the secrets and techniques of professional cooks, from how to prep to how to clean, Paul will take you through everything from basics to badass!

Chef, restaurateur, writer, rocker, and radio host, Paul Gerard got his start early in the kitchens of Brooklyn, New York. At 13, he started working as a busboy and was soon moved to the "back of the house" after he refused to get a haircut. Being a musician was much more important to him than cleaning tables, and it was an exile that would change his life. He came up in the crazy "Kitchen Confidential" culinary world of 1980's basements and backrooms, and he loved it! They worked like dogs and partied like rock-stars. The dark counterculture took Paul right along with it. He climbed the ranks from dishwasher to prep cook, from sauté to grill, first cook to sous chef, eventually to running multi-million-dollar kitchens. Mentored by the bohemian vagabonds of the underground food world, Gerard soon grew - both as a cook and as an artist, approaching food as he did his art: studying, practicing, and reveling in every bit of the suffering and craft. At 21, he moved to New Orleans, where he worked for some of the greatest chefs the town has ever known. After 13 lucky years in The Big Easy went home to The Big Apple and worked his way back into the food capital of the world as a chef. He worked for Todd English, was Executive Chef for such NY institutions as Soho House and Soho Grand before making the leap to open his own places. Chef Gerard worked on a TV show with Anthony Bourdain and Tom Colicchio called Work the Line has had a show called "Eating Disorder" on Heritage Radio and is working on his memoir and cookbook.

About ClassWorx
Chill N Out Cryotherapy, Inc. (OTC PINK:CHNO), a Delaware Corporation, owns and operates ClassWorx.com. Chill N Out Cryotherapy, Inc. currently trades on the OTC Pinks under the stock symbol CHNO. Classworx provides an internet-based, global network-directory of people offering Virtual classes or events utilizing video conferencing to remotely deliver individual or group instruction in a broad range of disciplines ('virtual classes"). The Company is based in the Atlanta, Georgia, area spans a global outreach through the worldwide web.

Safe Harbor:
This press release contains forward-looking information within the meaning of Section 21E of the Securities Exchange Act of 1934, as amended (the 'Exchange Act'), including statements regarding potential sales, the success of the company's business, as well as statements that include the word believe or similar expressions. Such forward-looking statements involve known and unknown risks, uncertainties, and other factors that may cause the actual results, performance, or achievements of Chill N Out Cryotherapy, Inc. DBA Classworx to differ materially from those implied or expressed.

Texas hearings to focus on failures that left people without power

AUSTIN, Texas: Texas lawmakers have begun hearings into the causes of the enormous power outages that plagued Texas residents at ...

WASHINGTON, DC - Several payment services belonging to the U.S. Federal Reserve came to a standstill on Wednesday, including the ...

US home values rise by 10% in one year

The US is witnessing the strongest housing market boom since 2014, with record-low mortgage rates and a limited supply of ...