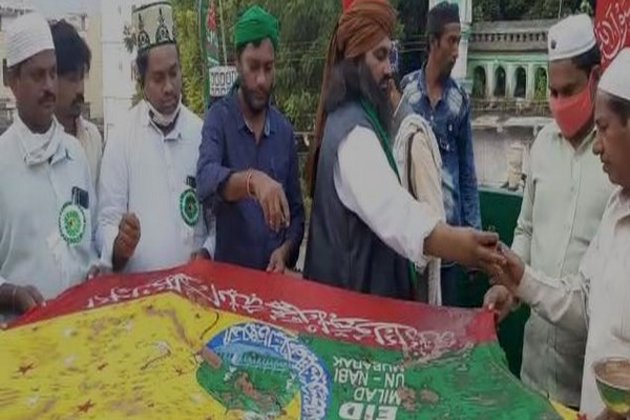 Krishna (Andhra Pradesh) [India], October 31 (ANI): Milad-un-Nabi, the birth anniversary of Prophet Mohammad was celebrated in a grand manner at Kondapalli on Friday.

Muslims led by Sufi preacher Altaf Baba held a rally to Jamia Masjid in the village.

Milad-un-Nabi is commemorated in Rabi'al-awwal, the third month in the religious calendar. On this day, Muslims across the world celebrate the birthday of Prophet Muhammad. (ANI)