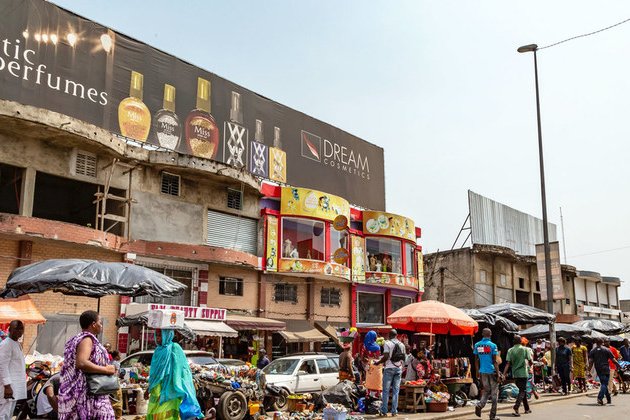 The people of Cote d'Ivoire head to the polls tomorrow for an election that is laden with tension over 78-year-old incumbent President Alassane Ouattara's decision to run for a third term after having gone on record as saying that he would step down after two.

As protesters demonstrate up and down the country, the two main opposition parties are calling for a boycott on the grounds that the incumbent's bid to run is unconstitutional, according to news reports.

In a statement issued by his spokesperson, the UN chief has urged all political and opinion leaders and their supporters to "refrain from inciting violence, spreading misinformation and using hate speech".

Moreover, he strongly encouraged political leaders and their parties to "resolve any disputes that may arise through dialogue".

Mr. Guterres reiterated the UN's commitment to support the country's efforts in consolidating democratic gains and national cohesion and advocated that the authorities, including the security forces, "provide a safe and secure environment and to protect and uphold human rights throughout the electoral process".

Cote d'Ivoire is the largest economy of French-speaking Africa and home to the African Development Bank.

In addition to Mr. Ouattara, on the ballot is Aime Henri Konan Bedie, who was ousted in the country's first coup in 1999 but remains the President of the nation's Democratic Party-African Democratic Rally (PDCI-RDA).

Also running are former Prime Minister Pascal Affi N'Guessan, President of the Ivorian Popular Front (FPI), and independent candidate Kouadio Konan Bertin, a former member of parliament who was ousted from the PDCI when he threw his hat in the ring.

News sources recalled that in August, 15 people were killed in widespread protests.

As Trump said, Joe Biden is going to need a lot of luck

While Joe Biden's Presidency gives people a chance to rebuild, it also faces the bitterness and opposition of Trump's ever-loyal ...

Europe says it is ready for a new start with U.S.

NYC man accused of threatening to murder Representatives and Senators

NEW YORK CITY, New York - A New York City man who who stoked tensions before and after the storming ...

The end of Donald Trump's dysfunctional tenure in the White House means the start of a relatively normal presidency under ...

U.S. President Donald Trump left the White House for the final time on Wednesday, heading by helicopter to a nearby ...

SYDNEY, NSW, Australia - Stocks in Asia were sold off on Friday. All the major indices lost ground, while the ...

LIMERICK, Ireland - A boost for Ireland's expanding tech sector are plans by a giant telco supplier to recruit scores ...

The EU has a large fleet that fishes outside European waters. Nearly a third of its catch comes from non-EU ...

NEW YORK, New York - U.S. stocks rallied to new record highs on Wednesday as the 46th president of the ...