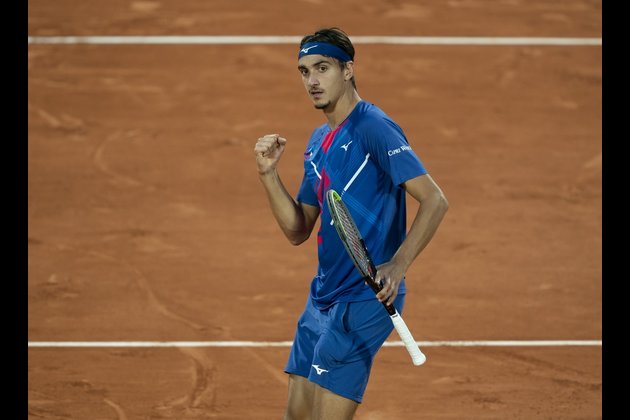 Italy's Lorenzo Sonego stunned World No. 1 Novak Djokovic on Thursday, crushing the top-seeded Serbian 6-2, 6-1 to reach the semifinals of the Erste Bank Open in Vienna, Austria.

"For sure it's the best victory of my life. Novak is the best in the world. Today I played so, so good," said Sonego, who will face either Bulgaria's Grigor Dimitrov or Britain's Daniel Evans in the semifinals. "It's unbelievable. It's amazing."

American Frances Tiafoe reached the semifinals in Nur-Sultan, Kazakhstan, with a hard-fought 7-6 (5), 5-7, 7-5 win against Egor Gerasimov of Belarus in two hours and 35 minutes.

In his first ATP Tour semifinal since May 2018, Tiafoe will face fourth-seeded Australian John Millman. Millman saved two match points in the deciding set and overcame a 0-5 hole in the tiebreak to complete a 6-7 (5), 6-4, 7-6 (5) win against No. 7 seed Tommy Paul of the United States.

The other semifinalists are No. 3 seed Adrian Mannarino of France and Finland qualifier Emil Ruusuvuori. Mannarino was a 6-1, 6-4 winner over Mackenzie McDonald and Ruusuvuori eliminated Kazakhstan's Mikhail Kukushkin 6-3, 6-1.