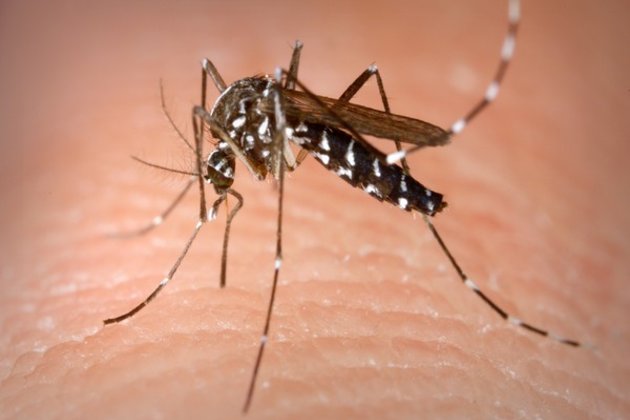 England [UK], October 30 (ANI): The main malaria parasite evolves itself to remain unnoticed in the human bloodstream, according to recent research.

The study is published in the leading journal Nature Medicine.

Malaria is still a major cause of death in Africa, killing hundreds of thousand of people each year, most of whom are children under the age of 5 years.

A team of international researchers, including Dr Mario Recker from the University of Exeter, has studied how the parasite, Plasmodium falciparum, can lie seemingly dormant during unfavorable conditions.

The study explains how the parasite can remain in a person without showing observable symptoms, before allowing malaria to re-emerge when mosquito populations resurge during the rainy season.

Although the majority of cases occur during the rainy season, due to the abundance of mosquitoes that spread P. falciparum, the ability of the parasite to persist in the human host for long periods of time allows it to bridge the dry period when mosquitoes become rare and the opportunity for transmission very low.

However, how the parasite is able to remain in the human host under continuous attack by the immune system is poorly understood.

In the new study the team led by Silvia Portugal from the University of Heidelberg, Germany, followed individuals in Mali over consecutive dry and rainy seasons and found that by the end of the dry season the parasites had a distinct pattern of gene transcription.

Dr Recker, from the University of Exeter and who led the mathematical modelling part of this study said: "We knew that the parasite can prolong infections by continuously altering its appearance to the immune system.

"What this study shows is that the parasite also adopts another strategy that effectively allows it to hide in plain view by using the spleen to keep its numbers below the immune radar."The authors conclude that these characteristics contribute to the maintenance of a low reservoir of P. falciparum in the body that evades detection and elimination by the immune system and can fuel the malaria transmission cycle in the subsequent rainy season. (ANI)