The Week In Russia: COVID, Clout, War, And Remembrance 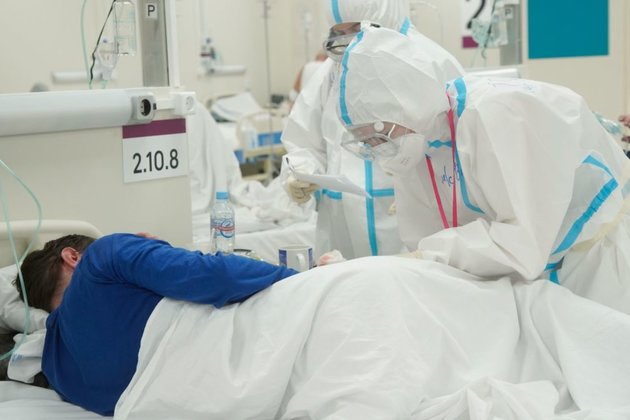 To receive Steve Gutterman's Week In Russia each week via e-mail, subscribe by clicking here.

Sergei Lavrov's scuttled Balkans visit points up problems at home and challenges abroad for the Kremlin. Also, a new twist in Russia's treatment of World War II, and in remarks about same-sex unions, President Vladimir Putin appears to put the perceived interests of the state -- specifically, efforts to stem a population decline -- over the interests of the individual.

Here are some of the key developments in Russia over the past week and some of the takeaways going forward.

It seemed pretty symbolic: Russian Foreign Minister Sergei Lavrov had to postpone a trip to the Balkans, one of several regions abroad where Moscow is struggling to maintain influence, because he came into contact with someone infected with COVID-19.

Lavrov "feels well" but will self-isolate as a precaution, the Foreign Ministry said, calling off the 70-year-old diplomat's planned visit to Serbia and Bosnia-Herzegovina this week.

The Russian government itself might feel the urge to self-isolate, seeking a respite from an array of challenges it faces beyond its borders this fall: A war is raging between Azerbaijan and Armenia over Nagorno-Karabakh; the ruler it has helped retain power for more than a quarter-century in Belarus is battling against millions of his own people; and an election in the United States holds little promise for improved ties and could end up piling more pressure on the Kremlin.