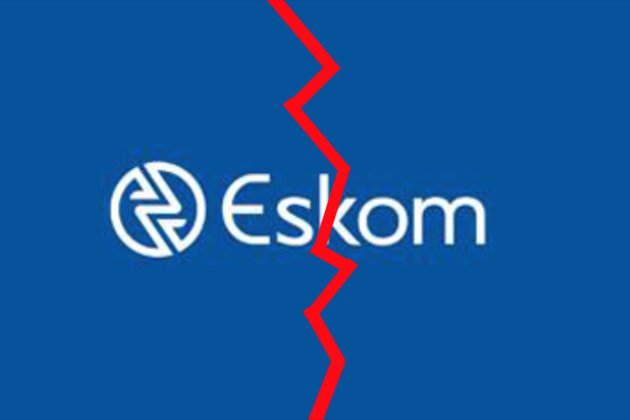 Eskom posted a net loss of R20.5 billion in the full 2020 financial year, the power utility announced on Friday, with Chief Executive Andre De Ruyter describing the results as disappointing amid capacity constraints and rising debt.

Revenue was at R200 billion and sales 1.29% lower than 2019, in what the state-owned power utility attributed to "capacity shortages and adverse economic conditions".

The power utility is battling to rein in its R483 billion debt, which De Ruyter described as unsustainable. Eskom said the debt burden led to a net finance cost of R31.3 billion, "resulting in net loss of R20.5 billion".

"The results are disappointing, we would have liked to do better," said De Ruyter in his opening remarks.

Eskom's debt, which is largely guaranteed by government, poses a threat to the fiscus. According to the latest medium-term budget, financial support for Eskom is reduced by R4.2 billion over the medium term, but will likely amount to R225.8 billion from 2019/20 until 2025/26.

The company warned that 2021 financial results were expected to be worse than the 2020 period, due to the anticipated impact of Covid-19 on operations, particularly on sales. During the hard lockdown which came into effect from for towards the end of its 2020 financial years.

Eskom, during the period, saw a drastic dip in electricity demand, as large electricity users such as mines and other industries were ordered to shut or reduce capacity.

Eskom executives painted a bleak financial picture for the firm, which is currently implementing its turnaround strategy, as it seeks to stabilise its finances and roll out the crucial maintenance programme on its coal power stations, including the crippling costs associated with the fixing of design flaws on the Medupi and Kusile units.

"On average, Eskom requires government support of about R1 billion per week in 2021. We regret the burden that this places on the fiscus, particularly in the current economic climate." - Eskom results presentation

The amount of cash that Eskom is currently generating from its operations is not sufficient to cover its debt service.

Eskom said it was working with National Treasury and the Department of Public Enterprises to find a solution on debt reduction but would at some point look into appointing advisers.

However, De Ruyter emphasised that Eskom does not intend to "restructure the debt," adding that "restructuring has a very specific meaning in the corporate finance world and tends to alarm lenders. That is not what we intend to do, we will honour our debt obligations, as when they fall due".

He added that as Eskom's debt matures, there is an opportunity to refinance it using cheaper financing options.

While the company battles its worst financial quagmire, irregular expenditure relating to the awarding of contracts continues to stalk its operations, as it once again received a qualified audit opinion in the 2020 financial year, as it has for the last three years.

Chief Financial Officer, Calib Cassim, said some of the matters flagged by the auditors in terms of the Public Finance Management Act included the case of non-declaration by the former chairperson Jabu Mabuza, concerning his nieces's business activities with Eskom. However, that case has since been resolved.

Cassim said Eskom was addressing the issue of irregular expenditure, adding that "with over 6 000 contracts it takes a lot of effort".

The power utility forecasts to return to profitability from 2023, but the current situation does not provide a compelling case for that probability.

The municipal arrear debt during the reporting period increased by R8.1 billion to R28 billion, which is one of the factors adding pressure on the balance sheet, in recent years forcing the utility to attach the assets of defaulters.

Eskom has been beset by corruption and looting of its resources through irregular procurement practices and overpayments. The new Eskom board chairperson Malegapuru Makgoba gave an assurance that the new directors were not looters.