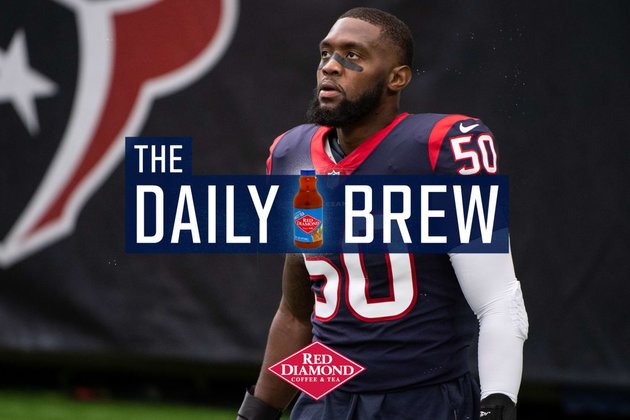 As Tyrell Adams sat in the office of Northwestern Mutual, he checked out his surroundings: cubicles, desks, office equipment. He walked out of the interview with a job offer in hand for a sales representative.

Slowly, it began to dawn on him. His NFL dreams were over. No more live action, no more game days, no more locker room antics.

Then his phone rang.

"As I'm walking out of interview, I get a call from random number," Adams said. "He's like, I want you to come perform for these couple teams. I'm literally like, 'Oh my God, I got a chance.' So kind of just rolled from there."

Northwestern Mutual wanted Adams to start his new job right away, but the linebacker needed more time for his rigorous training schedule if he had any shot of getting signed by an NFL team.

"I told them I'd keep in contact with them," Adams said. "I never got back to them."

Adams became just the fourth player from West Georgia to make it in the NFL when the Seattle Seahawks signed him as a college free agent in May 2015.

After bouncing around a number of different practice squads and rosters around the league, Adams is making a name for himself in Houston where he first landed in 2018.

"He's a really good pro," inside linebackers coach Bobby King said. "He puts the work in during the week. He studies. He comes prepared. He practices well. He's tapping out his ability and his knowledge. I'm proud of him. I love coaching him. I want to continue to see the growth as the season goes on."

Adams has stepped up into the starting inside linebacker role in Week 5 after Benardrick McKinney suffered a season-ending injury. In the Texans 30-14 win over Jacksonville, Adams recorded a team-high 12 total tackles (six solo), one fumble recovery and his first career tackle for loss.

"It's a blessing to kind of be in this position," Adams said. "I'm blessed to be where I am at. I wouldn't change the journey for nothing, for sure. But, my family is always in my corner encouraging me, reminded me of just like the things I can accomplish and reminding of the things I've accomplished so far. So that kind of keeps me encouraged to keep working and just keep striving and just let the chips fall as they may and taking advantage of the best of my opportunity."

In Week 6, Adams tied for the team lead with eight total tackles (six solo) and logged 1.0 sack, two passes defensed, one tackle for loss and one quarterback hit, becoming the first Texans player to record at least two passes defensed and 1.0 sack in a game since J.J. Watt did so in Week 17 of 2015. In Sunday's loss to the Packers, Adams finished with 10 total tackles (five solo), one tackle for loss and one special teams tackle.

"T.A. has come in and done a nice job," King said. "The leadership, the communication, all that really, really took another huge step this past game. I really look forward to seeing that even take more steps as the season goes on, but he's done a nice job."

Adams has 33 tackles (18 solo), three tackles for loss, 1.0 sack, one quarterback hit, two passes defensed and one fumble recovery through seven games with three starts this season. He also has three tackles on special teams.

Protests in France to block use of Covid health pass

PARIS, France: Thousands of people in Paris and other French cities protested against the introduction of a mandatory COVID-19 health ...

BERLIN, Germany: China and India missed a U.N. deadline to submit new plans detailing how they will reduce greenhouse gas ...

TUNIS, Tunisia: Some 394 migrants were rescued from an overcrowded wooden boat in the Mediterranean Sea on Sunday.The Sea-Watch 3 ...

U.K.'s Channel 4 in discussions for sale to American Discovery Channel

SYDNEY, NSW, Australia - Stocks in Asia were mixed on Wednesday with Japan's indices losing ground, while Australia rose to ...

PARIS, France: The French auto market is not rebounding as quickly as hoped for, with blame being placed on the ...

Zoom to pay $85 mln due to sharing data, 'Zoombombing'

SAN JOSE, California: Zoom Video Communications has agreed to pay $85 million, along with improving its security, as a settlement ...

NEW YORK, New York - Wall Street bounded ahead on Tuesday with solid gains being recorded by all the major ...

San Francisco, California: Even as restaurants struggled to survive during the Covid lockdown in California, many fear they will not ...