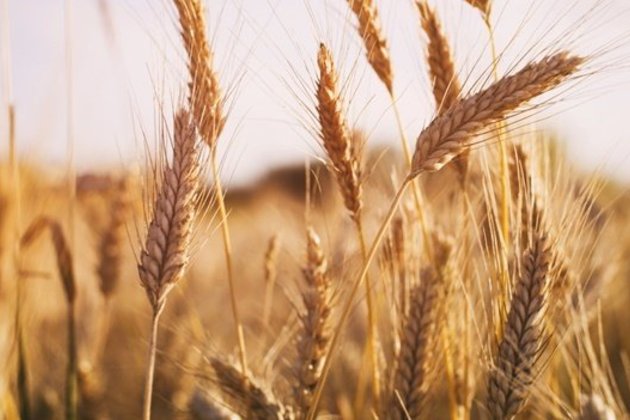 Development in agriculture led to reduction in cultivated crops. Developing countries were largely affected by the introduction of the green revolution, which focuses on higher input and maximum output. While this led to the intensification of a few cereal cultivations such as rice, maize and wheat, it has left agriculture more vulnerable to pests, diseases and climate change.

We have now moved into the 4th Industrial Revolution, where Africa is mostly left behind, still relying on traditional farming methods. Even though Africa is expected to feed a global population that will reach close to 10 billion people by 2050, poverty and malnutrition are still major challenges faced by the continent.

The idea that Africa will feed the world by 2050 is based on the premise that it has over 60% of uncultivated arable land that can be used to grow food for the global population. There is no doubt that many people in Africa gain most of their caloric intake from cereal grains, and having it as the leading producer of cereal grains for export to the rest of the world should be feasible.

There have been suggestions that Africa's uncultivated arable land should be used for the production of cereals grains, specifically, maize, wheat and rice.

However, the agricultural intensification of these staple crops and their consumption have not reduced poverty and malnutrition, especially in underdeveloped countries. The problem with these staple crops is that they are vulnerable to pests, diseases and climate change. Worryingly, there are many other crops that are not afforded the same attention as cereals.

Indigenous pulses have been sidelined and so have leafy vegetables that can provide micronutrients that are the main deficiencies on the continent.

As we observe Africa Day for Food and Nutrition Security (30 October), it's important to realise that before 2050, African governments and the African Union must develop policies that will empower small-scale farmers and individuals producing for informal markets.

The informal sector's agricultural value chain compromises local food markets and street vendors who obtain their fresh produce from large central markets or from the subsistence and smallholder farmers themselves. This sector is an important income source for farmers or sellers as well as for those involved in the life cycle analysis of the produce.

But, being informal, there is usually no formal registration of being a business, absence of an appropriate framework, absence of assets, and the businesses sometimes operate with cleanliness not being a top priority. Also, since legislations are barely implemented, being an informal vendor sometimes puts business owners at risk of having their goods unlawfully confiscated. Thus, linkages between formal and informal seed sectors will help enhance the diversification of crop varieties, leading to the reduction in poverty and malnutrition, and an increase of plant resilience to climate change.

This will have a negative impact on agriculture productivity and food production, which will lead to an intense food shortage and an increase in food prices. Therefore, governments and agriculture stakeholders should collaborate and develop climate-smart adaptation strategies that are geared towards sustaining all types of farming. It is also important to acknowledge the ability that indigenous and traditional crops have to increase the diversification of food production.

We don't want to sound pessimistic, but it seems unlikely that Africa will be able to feed over 10 billion people by 2050, let alone reach the United Nations' 17 Sustainable Development Goals (SDGs) by 2030. The first two SDGs are to end poverty in all its forms everywhere and zero hunger. Sadly, Africa, particularly sub-Saharan Africa, has thus far been unable to meet any of the goals.

Also, with only half a decade left, neither Africa nor the world is on track to achieve the global nutrition targets, specifically those of No Poverty and Zero Hunger. One of the impediments to reaching these goals is the disconnect between government policies that promote and support the supply of healthy food and government policies that support the growth of the economy, which results in policy incoherence.

The following three main aspects may lead to policy incoherence with regards to economic growth and food security and nutrition, globally and in Africa:

1) Policies that are related to nutrition to limit the availability of highly processed and unhealthy food are in opposition to economic policies that focus on investments in retail and processing as governments may have investments in multiple areas in the supply chain;

2) Policies that promote investment and trade liberalization may have a negative effect on food security and nutrition and may lead to an increase in competition among food processors.

This will in turn lead to an increase of availability and a decrease in prices of highly processed foods that have been linked to diet related non-communicable diseases and;

3) The encouragement of economic growth through supply chain policies that do not consider objectives regarding food security and nutrition.

Thus, local accountability and more accurate information will be needed to create food policies that are unique to communities in terms of their food security and nutrition experiences as current policies are highly centralised and inadequate. In order to transform people from being passive consumers to being food system beneficiaries, food policies should be more participatory, inclusive, and community-focused.

We believe three things need to happen before Africa can feed the world. Firstly, governments should create fiscal incentives that would allow for an increase in the production and accessibility of healthy foods by creating links between consumers and producers. Secondly, small-scale farmers and producers should be incentivised to produce highly nutritious foods.

This opportunity may thus lead to more nutritious diets as well as economic growth through an increase in employment opportunities. Thirdly, the nutritional quality of the supply of food should be included in policy objectives across the supply chain and formal avenues should be created for civil society to participate and engage in economic policymaking that will affect food supply, as well as policies directed at food and nutrition security.