PANAMA CITY, PANAMA / ACCESSWIRE / October 15, 2020 / Panama City is most known as a destination to view the Panama Canal. However, the capital and largest city in Panama offers a rich culture, abundance of attractions, and nightlife that shouldn't be missed. Panama City builder and resident Gabriel Btesh recently discussed how to make the most of four days in the capital.

'Panama City is a place that is best explored with someone who calls it home,' Gabriel Btesh said. 'It can be easy to get stuck in the city center amongst the high rises and miss some of the most culturally-rich areas of the city.'

Gabriel Btesh suggested visiting the neighborhood of El Chorrillo, which is a neighborhood near the popular tourist area of Casco Viejo. He explained that many visitors will skip this area, because it's often regarded as unsafe, but travel there with a local and you'll enjoy some of the most authentic Panamanian living. Gabriel Btesh added that the run-down buildings have given the neighborhood its less-than-desired reputation, but it is not a place to feel in danger.

'I always recommend a day of hiking up Cerro Ancon,' Gabriel Btesh said. 'This hike is free and open to the public. It offers some of the most breathtaking views of the city and a perspective few tourists ever get to see.'

Gabriel Btesh added that, from this unique viewpoint, visitors can see the contrast between the old city and the new city as well as the Panama Canal on the other side.

'Of course, a visit to Casco Viejo is always recommended,' Gabriel Btesh said. 'It's popular among tourists, but that's because it's one of the most photogenic neighborhoods in the city.'

Gabriel Btesh added that Casco Viejo is known as being a safe neighborhood to wander on foot, checking out the unique shops, cafes, and historic buildings. Just a 10-minute walk from Casco Viejo is the iconic Mercado de Mariscos, which is the ultimate place to dine on fresh seafood after a day of walking and sightseeing. Gabriel Btesh recommended dining at one of the many food stalls offering unbeatable meals of lobster, fish, crab, shrimp, and a variety of other seafood.

'No trip to Panama City is complete without visiting the Panama Canal,' Gabriel Btesh said. 'Watch the fill and admire as ships of all sizes pass through. It's amazing to see the contrast between the massive container ships and the privately-owned vessels. There's no experience like it in the world.'

Gabriel Btesh finished by stating that he recommends spending your four days in the city admiring the old parts of the city as well as the new. Both aspects are what make this capital city one of the most iconic in the world.

Polls point to Biden victory but Trump confident of reelection

Emirati ministers and officials on historic visit to Israel

ABU DHABI, UAE - Government ministers from the UAE boarded an historic flight to Israel on Tuesday morning.They were accompanied ...

A woman wearing a face mask walks past a notice board with COVID-19 preventive instructions at a Macy's store in ...

Julian Assange's lawyer of ten years Jennifer Robinson speaks with Rhys Muldoon about Assange's extraordinary trial and the relationship between ...

Twelve migrants have drowned and others are missing after being thrown off a boat by smugglers off the coast of ... 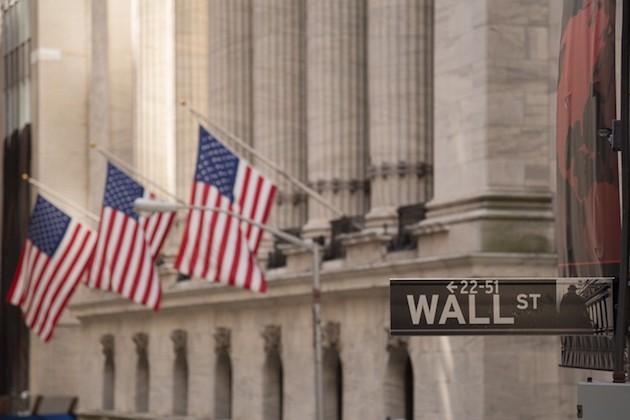 India exporting to U.S. and China far more than it is importing

NEW DELHI, India, October 21 (ANI): A significant increase in India's exports to the United States and China, coupled with ...

SYDNEY, NSW, Australia - Stocks in mainland China rose sharply on Tuesday, a move at odds with the rest of ...

ISLAMABAD, Pakistan, October 20 (ANI): TikTok services in Pakistan were restored on Monday with certain conditions, 10 days after a ...

NEW YORK, New York - Continued disagreement over an additional stimulus package has weighed on Wall Street, with all the ...

Universities are vital hubs of research and teaching on climate change. As large organisations, they also have significant emissions, which ...