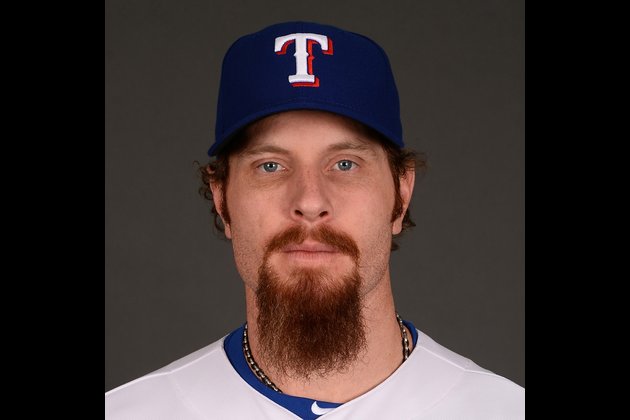 A grand jury in Tarrant County, Texas, on Monday handed up the indictment on a charge of injury to a child with intentional bodily injury, a third-degree felony. The case stems from an alleged incident involving Hamilton and one of his daughters, then 14, last September.

Hamilton had turned himself in on Oct. 30 in connection with the case, and he was released that day on $35,000 bond. A condition of the bond was that he not have any contact with any child under 17, according to CBSDFW.com.

The timetable for Hamilton's case remains unclear with the Tarrant County court closed due to the coronavirus pandemic.

After Hamilton's bond hearing in October, his attorney issued a statement: "Josh Hamilton voluntarily surrendered himself to Tarrant County authorities today. Mr. Hamilton is innocent of the charge against him and looks forward to clearing his name in court."

According to multiple media outlets, Hamilton is accused of an injuring his daughter during a disagreement at his home in Keller, Texas. The girl reportedly first told Hamilton's ex-wife of the incident.

The girl told police that Hamilton cursed at her during a disagreement and threw a water bottle at her chest. He then reportedly grabbed a chair out from under her feet, causing her to fall and bruise her hip, and allegedly threw the chair at her.

Hamilton then lifted the girl over his shoulder and carried her to her bedroom as she was apologizing, according to the affidavit. He alleged threw her on the bed face down and hit her legs with an open hand and fist.

He reportedly picked her up by her sweatshirt, which ripped, and hit her on the back and legs, causing scratches from his fingernails.

Hamilton then allegedly said to the girl, "I hope you go in front of the (expletive) judge and tell him what a terrible dad I am so I don't have to see you anymore and you don't ever have to come to my house again."

Hamilton, 38, was the American League's Most Valuable Player in 2010 when he hit a league-leading .359 for the Texas Rangers while contributing 32 homers and 100 RBIs. He played for the Cincinnati Reds, Texas and the Los Angeles Angels in a major league career that lasted from 2007-15, earning five All-Star selections.

MINNEAPOLIS, Minnesota - A white police officer in the U.S. city of Minneapolis seen kneeling on the neck of a ...

Africa, then Asia to be invaded by locusts, says United Nations

NAIROBI, Kenya, May 29 (Xinhua) -- The Horn of Africa region will experience another swarm of locust invasion in June ...

Russia's most prominent conman left wave of death and deception

This is the story of how the mastermind behind MMM, Russia's biggest financial pyramid scheme, managed to get elected to ...

BEIJING, China May 29 (Xinhua) - A spokesperson for China's Ministry of National Defense on Friday criticized a report recently ...

TEHRAN (Tasnim) - The Atomic Energy Organization of Iran (AEOI) dismissed as "a futile attempt" the U.S.' new decision to ...

HANGZHOU, May 29 (Xinhua) -- AliExpress, a global online retail marketplace and part of Alibaba Group, announced on Thursday that ...

SYDNEY, NSW, Australia - Stocks in Asia skidded on Friday, and the U.S. dollar dived, as the relationship between the ...

PHENOM PENH, Cambodia - Scientists and environmentalists are urging an international moratorium on deep-sea mining after releasing a report indicating ...