Becoming The Best Version of Yourself with Eric Jemielita

NEW YORK, NY / ACCESSWIRE / April 6, 2020 / Most people get started in the business industry usually in their mid-20s, others even later than that, but one such Eric Jemielita started at the very young age of 18. 16 years later, Eric is now the President and CEO of Jemielita Group. Not only that, but the man also owns Genesis Financial, a financial company that specializes in helping families understand basic financial concepts that were never taught at school or in any other typical institution. Eric assists his clients in making, saving, and investing their money to help their money grow and ensure a better future. 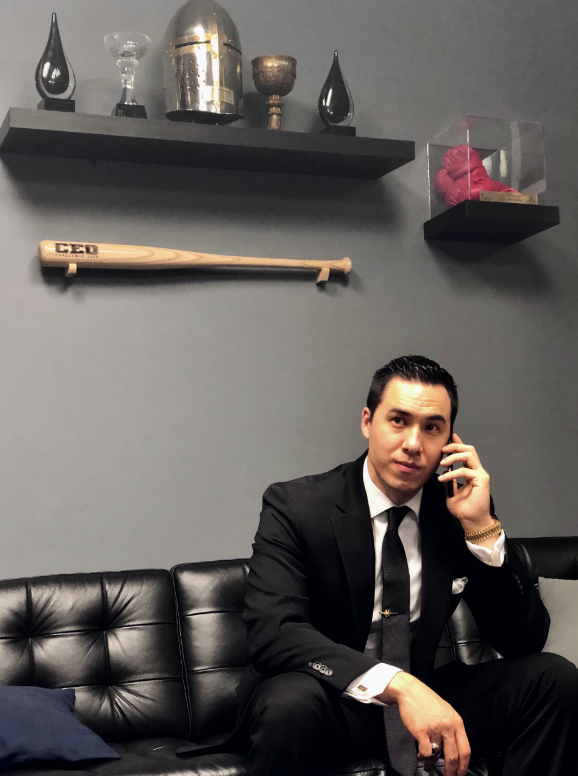 Eric Jemielita is also a highly sought-after public speaker with topics that mostly focus on personal development, entrepreneurship, leadership, and life-coaching. Eric and his team have helped thousands of families achieve financial independence through their state-of-the-art financial products, or by providing them with an opportunity to jumpstart an amazing part-time or even full-time business.

The American-based entrepreneur is broadening his horizons and expanding his reach across the United States, having opened not just one but several offices as of late, namely in San Francisco, Irvine, and Walnut, California, as well as an office in Fort Lauderdale, Florida. Eric is fully committed to endeavors that help thousands of people achieve financial independence through their first-class business platform. He wants to inspire people to become the best versions of themselves and surpass their own limits.

The biggest thing that separates Eric's company from the rest is the unique offering of starting on a part-time basis for clients, which is traditionally unheard of in the insurance and investment industry. This gives them the edge among his competitors and greatly helps his clients. This enables cases such as, a single mom who works full time 9-5 job who's looking for an opportunity to earn more money, to start availing of the services provided by Genesis Financial, becoming proficient at business within two to three months with their easy-to-learn system, and forge her own path into replacing her full-time income with a minimal upfront start-up cost.

Another great thing about their company that puts them on a league of their own is that they show people how to maximize their tax-advantages on investments, as well as offering to protect them with cutting-edge insurance products that most people need but don't have.

People who want to get started on a business and are thinking about their future are greatly encouraged to partake in the services of Eric Jemielita's companies. Usually, people at the age of 25 who feel a certain level of responsibility that they must uphold, meshes with the financial concepts that Eric provides. There is also the case of people over the age of 50 who typically have assets that they need to secure and protect through Genesis Financials insurance and annuity programs. Maybe it actually doesn't come with age, Eric started at 18, maybe it's all about ambition and wanting to become better, and Eric definitely welcomes these clients and give them the opportunities they need.

With the right amount of hard work, ambition, and dedication, the best version of yourself is at a moment's reach. And there is no one else that recognizes that other than Eric Jemielita. Helping individuals from all across America achieve their goals with results that speak for themselves, Eric is making his mark on the world and helping others make theirs. If you want to know more about how to become financially independent and be in sole control of your life, you may reach him through this email address: thegenesisedge@yahoo.com.

How London's 100 or so billionaires are faring

Over cups of tea in his ramshackle London home I chatted with a novelist. It felt a valuable opportunity, given ...

SYDNEY, Australia - Stocks in Asia were higher on Thursday, although in Hong Kong there was little rookm for celebration. ...