ROOMAIF: Fight Sponsor that Meets the Needs of Combat Sports

FRANKFURT, GERMANY / ACCESSWIRE / April 6, 2020 / Frankfurt April 2020: No one can ignore the vast impact of apparel, gear, and equipment in professional combat sports. ROOMAIF products go far beyond fit and function in this respect.

Humans also have similar reflexes like animals. They can attack; take guard, dodge, and fight when put in a dangerous situation. While it is a question of survival for the animals, combat sports are a kind of stimulating games for humans.

Humans are the only species on earth that started cladding them in apparels since the early dawn of the human civilization. As time passed, they have transformed their clothing into specialized attires suiting different social occasions, job demands, and various other sports activities.

Coming to professional combat sports like Boxing, Mixed Martial arts such as Taekwondo, Kung fu, Karate, etc. could be violent at times. So, the participants need to use protective equipment and gears to absorb the punches and kicks of the opponent. They also need the right apparel for fluidity in their movements. All these make the apparel, equipment, and gear the most important thing in both professional and amateur combat sports.

This is where ROOMAIF has a firm footing since it started operation in 1990. Based in Germany, the company is dedicated to meet the needs of professional combat sports and fitness activities. 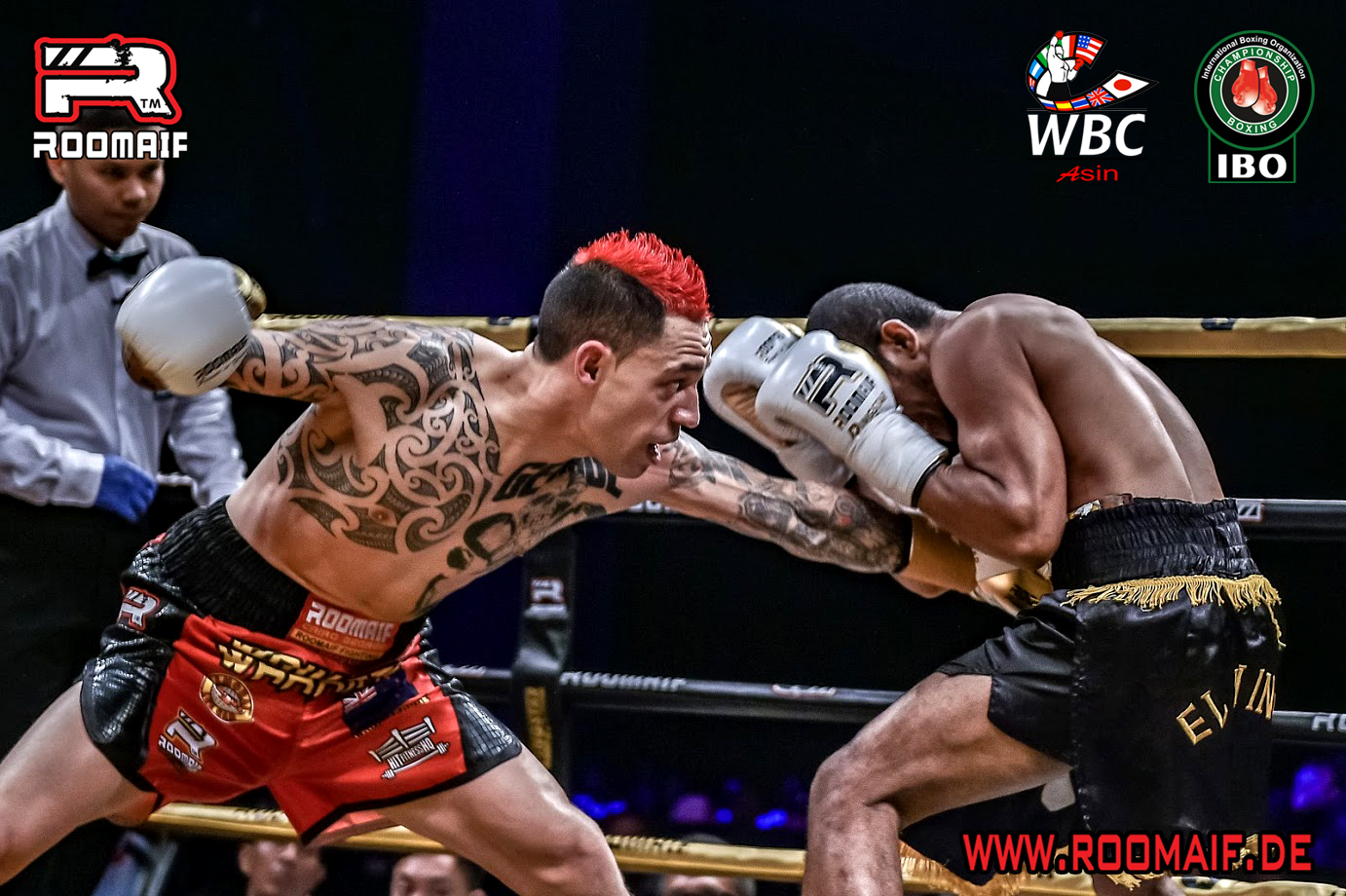 Equipment and apparel are more than products for ROOMAIF. Made meticulously from handpicked materials with a through designing spree, ROOMAIF is the brand that ensures victory. There is no short-cut or compromise with the quality and design of the products.

Innovation and dynamism are the two key elements of the ROOMAIF brand. To provide the sportsmen the best accessories for Boxing, MMA, Martial Arts, and Fitness, the company applies 3D printing technology in its production process.

ROOMAIF believes in exceeding the expectation of its customers. Their top-notch quality equipment and apparel are a part of the team that thrives for victory. The rapid growth and expansion of the company demonstrate its commitment to quality, reliability, and excellence.

Other than skills, getting the right sports equipment is also a fundamental requirement for the sportsmen. The apparel and equipment need to showcase their style, endorsement and also have to be perfect to win the bout.

This leaves no chance for error. ROOMAIF believes in an endless pursuit to achieve excellence. The state-of-the-art manufacturing process helps to infuse the German authenticity in the goods produced and delivers the ultimate experience. This is why the brand is enjoying such great respect in the combat sports arena. 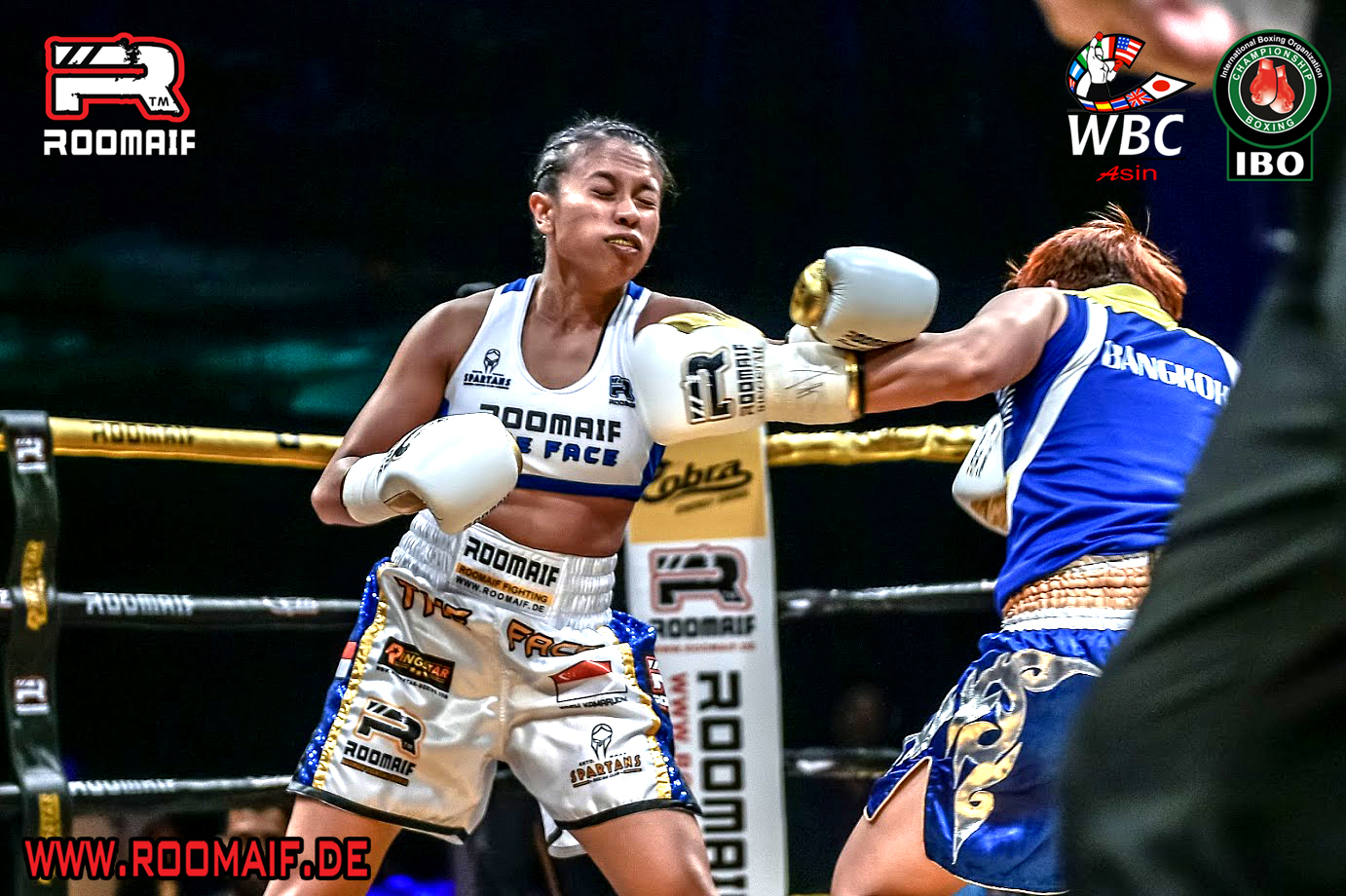 From colors to designs, ROOMAIF equipment and apparel make a great statement about the personality of the fighter. With an obsession to detail and continual improvement, ROOMAIF Boxing gloves and gears became a trusted name among the fighters and teams involved in Boxing, MMA, and Martial Arts. As a fighter steps into the ring wearing these, he overwhelms the opponent and wins almost half of the bout.

Besides establishing as the most trusted brand of equipment and apparel for combat sports, ROOMAIF has come to the forefront by sponsoring various events and fights. The company has set up a blazing trend in professional combat sports and became a household name in the sports arena.

This 35-years old Namibian featherweight boxer is included in the list of marquée ROOMAIF athletes. He is training hard to take on the American boxer Jesse Magdaleno in Madison Square Garden, New York. This is going to be a hit in the boxing world. Making his debut in 2011, the talented boxer has an incredible record of having 23 wins in 23 fights. He also has 16 knockouts to his credit including the recent KO win against Raston Kayira in December 2019.

Born in 1991 Jesse Magdaleno is now 28 and 7-years younger than Sakaria. He was the WBO junior featherweight champion from 2016 to 2018. He also holds an impressive record of 27 wins and 1 loss in his professional career that spans 8 years. Currently, he is number three in the world in his weight-group and not to be taken lightly. ROOMAIF is the proud sponsor for both Sakaria and Magdaleno.

Because of COVID19, the event is deferred to another date that will be announced later. 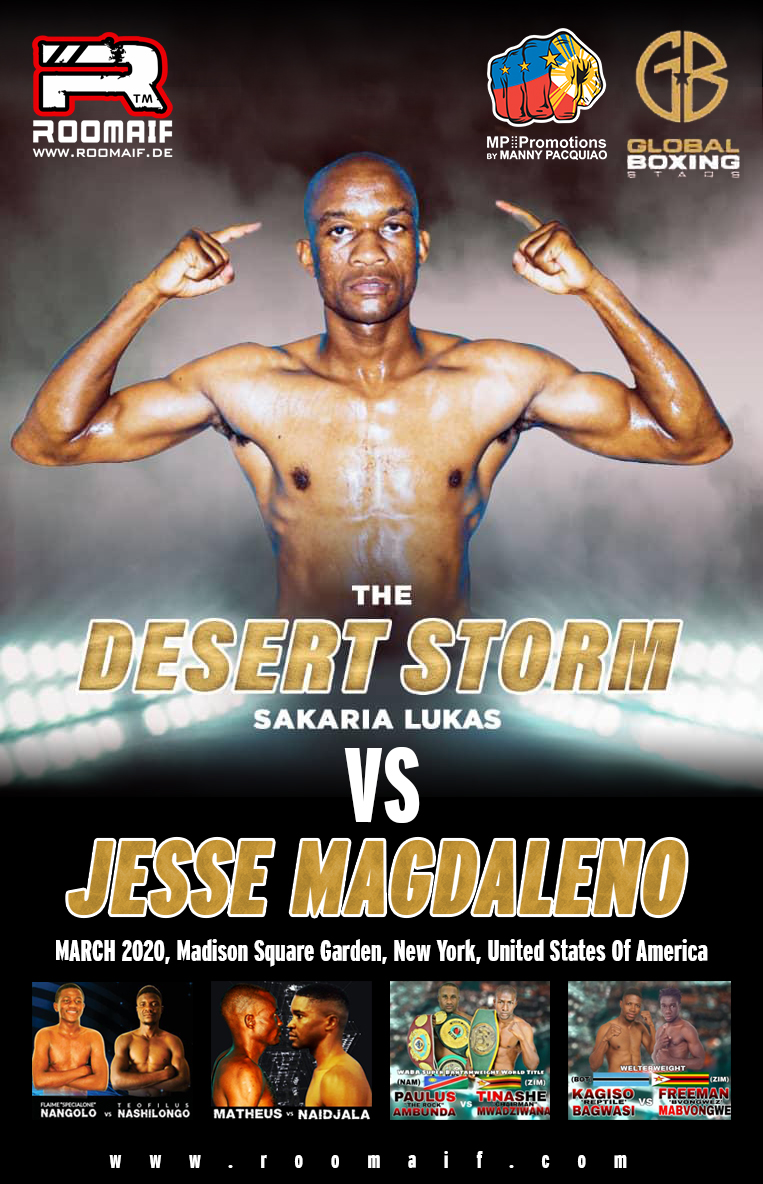 ROOMAIF athletes will have a very tight schedule in 2020

In this year, ROOMAIF athletes will take part in many bouts, in the groups they belong, across the globe. They will be representing the brand and fight hard for growing their career resume.

Botswana born Kagiso Bagwasi is scheduled to fight for the national title in April 2020. This 27-years old professional boxer has a career record of 3-0. This is going to be some sort of comeback for him.

ROOMAIF is scheduled to be represented by three commonwealth gold medalists. Jonas Matheus will be fighting to continue his winning streak in the bantamweight division with a career record of 13-2-1. Lazarus Shaningwa will also try to grab another pro boxing victory at home and Matias Hamunyela, who is in the second year of his professional career, will also be looking for win in his second professional bout.

ROOMAIF fighter, Paulus 'The Rock' Ambunda is scheduled to fight against Tinashe Mwadziwana for the WABA title in the featherweight division in Harare on April, 18. Steven Bagwasi and Kutlwano Ogaketse are also scheduled to be in action.

Other than being a trusted and ever-growing Brand of gears and apparel, ROOMAIF also champions the combat sports fighters who have a history and culture of winning bouts.

For details about the latest products, events, and fighters visit ROOMAIF, or find us on social media.

When this writer recently looked into the mirror and took a good look at how long his hair had grown ...

How London's 100 or so billionaires are faring

Over cups of tea in his ramshackle London home I chatted with a novelist. It felt a valuable opportunity, given ...

SYDNEY, Australia - Stocks in Asia were higher on Thursday, although in Hong Kong there was little rookm for celebration. ...