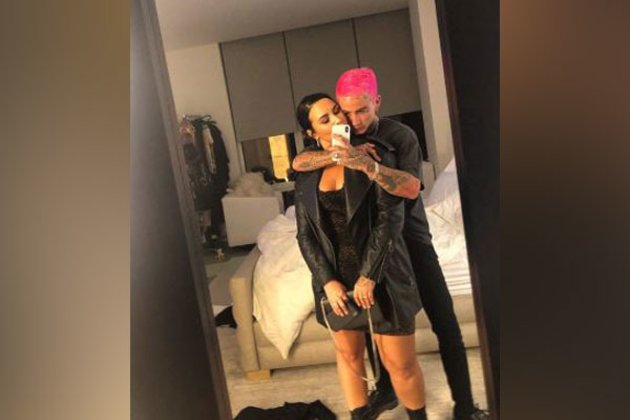 Washington D.C. [USA], Nov 18 (ANI): Looks like Demi Lovato is spending some quality time with her new boyfriend Austin Wilson as they went for a hike in Los Angeles.

On Sunday (local time), the singer and model Austin Wilson went for a hike in Los Angeles together, and it was the first time the new couple have been photographed together in public, reported People magazine.

While on the hike, Lovato and Wilson appeared to smile, holding hands and cuddling up to one another.

The 'Sorry Not Sorry' singer sported a pair of leggings with a Nirvana T-shirt and baseball cap. Wilson coordinated with his girlfriend by rocking a baseball cap along with sweatpants and a Metallica T-shirt.

Their first public outing comes just days after the pair seemed to make their romance Instagram official. Last week, Lovato shared an Instagram photo of herself with the model, who appeared shirtless while giving Lovato a sweet kiss on the cheek.

Wilson also posted a photo of the pair to his own Instagram account at the same time, showing him giving his girlfriend a hug from behind. He captioned the cozy photo, "My Love."'People' magazine recently confirmed that the pair are dating, saying that they are "enjoying spending time together."Last week, an insider revealed, "Demi and Austin have been friends for some time and started dating a little while ago,"Insider added, "They're enjoying spending time together and getting to know each other better. Demi is in a really good place right now and hard at work in both the studio and shooting 'Will and Grace'."Wilson works as a model in Los Angeles and celebrated his 25th birthday in May, according to his Instagram page.

Prior to her romance with Wilson, Lovato was linked to 'Bachelorette' contestant Mike Johnson, though the two never made their romance official on social media. The pair struck up a relationship after Johnson appeared on Hannah Brown's season of 'The Bachelorette' and went on dating after flirting online.

Last month, a source confirmed to 'People' that the budding romance between them was "done." (ANI)

Axis Bank to wind down and close operations in Britain

MUMBAI, Maharashtra, India - Private sector lender Axis Bank is fully winding down and closing operations of its subsidiary in ...