US Congress Has Long To-Do List With Limited Time 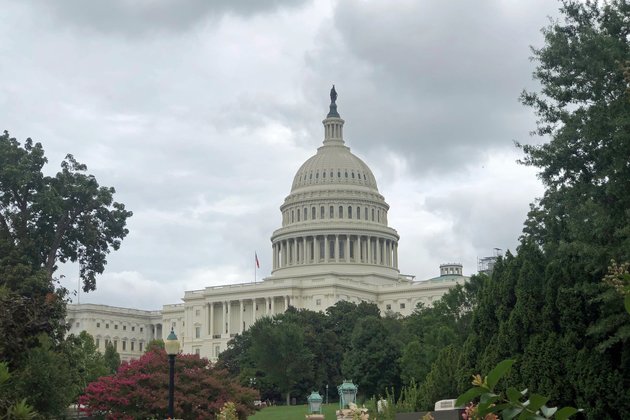 CAPITOL HILL - U.S. congressional lawmakers return to work this week with a lengthy agenda of contentious issues and only 41 legislative days left in the year to complete it.

Members of the U.S. Senate and House spent the past six weeks vacationing, taking official fact-finding trips and meeting with constituents and financial supporters. They now return to Capitol Hill facing problems that festered in their absence. Arguably the most pressing challenge will be funding the government ahead of the new fiscal year Oct. 1.

Here is a list of the problems that will keep lawmakers busy heading into the 2020 presidential and congressional election year.

Lawmakers have just 13 working days to pass a batch of spending bills before government funding runs out at the end of the current fiscal year Sept. 30.

Before the summer recess, the Democratic-controlled House passed 10 of the 12 annual appropriations bills to keep government departments and agencies operating and to fund defense and social service programs.

The Senate will immediately begin work on its version of the dozen spending bills.

In the unlikely event that both chambers manage to approve all 12 bills, House members and senators would have to reconcile differences in their bills before sending them to the White House for the president's signature.

Congress and the president will almost certainly have to agree on one or more short-term funding bills to keep the government open until differences are worked out.

The last thing Republicans and Democrats want to see is a government shutdown heading into a crucial election year.

House Majority Leader Steny Hoyer told reporters that a short-term continuing resolution (CR) "would be no more than 60 days," meaning that - just as in 2018 - Congress would run into a budget battle at the end of the year.

While Congress was out of session, the nation was wracked by three high-profile mass shootings in Texas and Ohio that renewed the call for legislative action on gun control. Democratic House Speaker Nancy Pelosi and Democratic Senate Minority Leader Chuck Schumer unsuccessfully urged Senate Majority Leader Mitch McConnell to call the Senate back into session in August.

Trump Says He'll Work With Congress to Stop Mass Shootings Trump spoke shortly after the death toll in Saturday's rampage in West Texas rose to seven as authorities worked to understand why a man pulled over for a traffic infraction opened fire on state troopers and fled. He shot more than 20 people before he was killed by police

The House Judiciary Committee plans to take action this week by drafting new gun control legislation that would, among other things, ban the sale of high-capacity bullet magazines.

The House passed background check legislation in February that has since languished in the Republican-controlled Senate. In the wake of the mass shootings, Democratic lawmakers called for the passage of "red flag laws" that allow law enforcement officials or family members to petition a court to remove weapons from high-risk individuals.

McConnell told radio host Hugh Hewitt in an interview recently that "If the president is in favor of a number of things that he has discussed openly and publicly, and I know that if we pass it, it'll become law, I'll put it on the floor."

But President Donald Trump has provided little clarity on what kind of gun control legislation he would sign, while seemingly towing the line of the National Rifle Association, which opposes any gun control measures.

Trump initially tweeted, "Guns should not be placed in the hands of mentally ill or deranged people," only to criticize red flag laws in a subsequent tweet and warn that gun laws are "a slippery slope" that would lead to the end of the Second Amendment. Without the president's political cover, Senate Republicans are highly unlikely to brave a risky battle to pass such legislation.

The House is returning to work with the majority of the Democratic caucus either calling for impeachment proceedings to begin or stating publicly the president's actions are deserving of impeachment. To date, 137 of 235 House Democrats and Congressman Justin Amash - the chamber's lone independent - support impeachment.

Pelosi has so far resisted the push for impeachment, emphasizing the need to win public support for the effort. A July 30 Quinnipiac University poll found that 32% of voters supported Congress beginning the process of impeaching Trump, with 60% of voters saying it should not begin those proceedings.

But Democrats agree that a floor vote on impeachment cannot happen until rulings are handed down in numerous court cases in which Democrats are seeking key documents in the investigations into Trump's finances and foreign dealings.

Lawmakers could also consider ratification of the United States-Mexico-Canada Agreement (USMCA) - a top priority of Trump's.

In an August "Dear Colleagues" letter, Pelosi said the House working group was in discussion with the Trump administration about the need to include environmental protections, lower prescription drug costs and strong labor standards among other concerns before the agreement could come up for a vote.

The Senate will also vote on a two-part resolution that will allow lawmakers to demand greater oversight over Trump administration arms sales to Saudi Arabia.

Taliban confident of reaching deal with U.S. by end of month

ISLAMABAD, Pakistan - The Taliban appeared confident Monday it will sign a peace agreement with the United States by the ...

MILAN - The cardinal's response was not what Yolanda Martinez had expected - or could abide.Her son had been sexually ...

Ring of Fire next front in battle for Indigenous legal orders

The struggle over the mineral deposits in Ontario's Ring of Fire has taken a surprising turn.With all eyes on British ...

Chinese health officials said Sunday that the number of new cases of the coronavirus has slowed for the third consecutive ...

TEHRAN, Iran - Iran on Saturday threw down the gauntlet to the United States, demanding it provide proof to its ...

Securities and Exchange Board of India to allow fintech products tests

MUMBAI, India - Stock market regulator, the Securities and Exchange Board of India (SEBI) on Monday decided to allow live ...

SYDNEY, Australia - Shares in Japan sank on Monday as the country's economy recorded its slowest quarterly growth in six ...

NEW YORK, New York - The State of New York will not be appealing the case it jointly pursued with ...

DUBAI, UAE - The 25th Gulfood, which is considered one of the largest food exhibitions in the world has started ...