Mexico, US to Exchange Information on El Paso Shooting 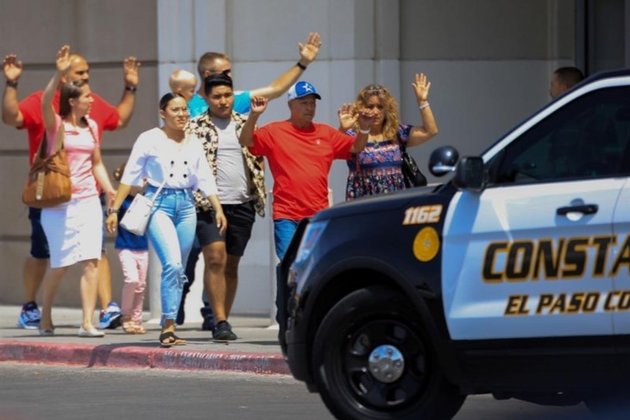 TEHRAN (Tasnim) - Mexico said on Tuesday it had agreed with the United States to exchange information regarding the deadly shooting in El Paso, Texas, which killed 22 people.

Eight Mexican citizens were among those gunned down in the racially charged rampage in the majority-Hispanic border city.

"Both governments agreed to exchange information on their respective investigations, in strict accordance with each country's regulatory frameworks," the Mexican Foreign Ministry said in a statement, following a meeting in Mexico City between representatives of both nations.

The ministry said it informed the US officials of its concern about the shooting and the perpetrator's ties to white supremacy, AFP reported.

Mexican Foreign Minister Marcelo Ebrard condemned the shooting as an "act of terrorism" against his country's nationals on August 5.

A representative from the Mexican government is scheduled to meet Wednesday in El Paso with prosecutors investigating the attack.

On Thursday, the Mexican government delivered a diplomatic note to the United States, rejecting hate speech and white supremacy, and demanding that Washington provide information on whether there are other perpetrators or potential organizations seeking to endanger Mexicans.

The 21-year-old Texan who carried out the August 3 shooting spree at a Walmart shopping center had published a racist manifesto online expressing fears of a "Hispanic invasion" of the state.

He admitted to police he had been targeting Mexicans, according to an arrest warrant affidavit.

Critics of US President Donald Trump have denounced his anti-immigrant rhetoric as fuel for the violence.

El Paso, which borders Mexico's Ciudad Juarez, has a population of 680,000 people, some 83 percent of whom are Hispanic.

LONDON, UK - It was a quiet day on world markets on Friday with U.S. markets closed ahead of the ...