Senators Push For Visas For Afghans Who Helped U.S. Forces 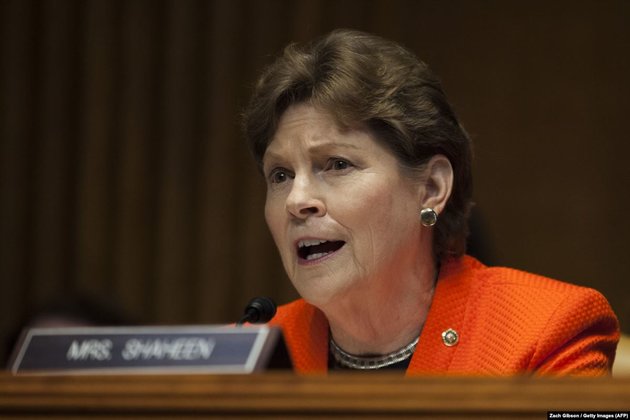 Republican and Democratic senators have sponsored a bill to provide U.S. visas for Afghans who worked for American forces during the war in their country and whose lives are at risk due to that work.

The bill would provide 4,000 Special Immigrant Visas (SIV) for the remainder of the federal fiscal year ending on September 30, and also try to identify reasons that have prevented Afghans from getting SIVs under previously passed legislation.

Supporters of the measure said Washington must offer safe haven to Afghans who worked for U.S. forces in order to ensure local support.

President Donald Trump's administration has cut by 60 percent the number of U.S. visas provided to Afghans who risked their lives assisting American forces, National Public Radio reported on May 1.

Army General Austin Miller, commander of the U.S. mission in Afghanistan, sent a letter to Shaheen backing the bill, calling the SIV program critical to success in Afghanistan.

Based on reporting by Reuters and NPR

Officials say that seven civilians have been killed and six others wounded in a roadside bomb attack in northern Afghanistan.The ...

Tensions between U.S. black communities and police go back centuries

Outrage over racial profiling and the killing of African Americans by police officer ...

WASHINGTON, DC - Under siege in the White House, President Donald Trump is aggravating America's latest racial anguish in a ...

SYDNEY, Australia - Stocks in Asia made strident gains on Wednesday, although on the Chinese mainland the advance was limited.The ...

MUMBAI, India - Saregama India on Wednesday announced a global deal with Facebook to license its music for video and ...

NEW YORK, New York - Stocks in the United States, and across the world were in demand again on Tuesday, ...

Chinese solid waste imports down by nearly 50% this year

BEIJING, June 2 (Xinhua) -- China is now moving closer and vows to achieve its goal of halting all imports ...

CO CORK, Ireland - A U.S. manufacturer of essential oils, health and wellness products is developing a manufacturing plant near ...