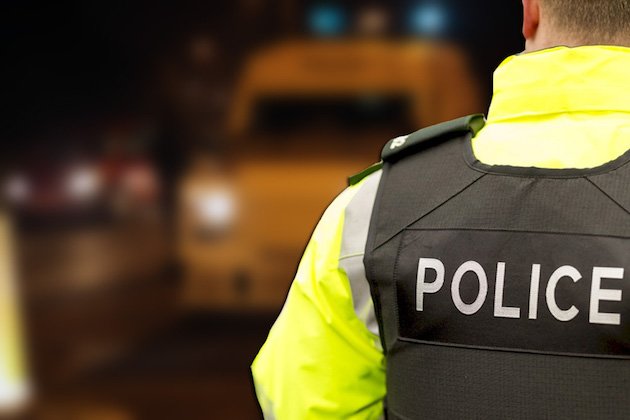 Police were called to the Enniskeen area of Craigavon after receiving a report that a loud bang had been heard between 11:20pm and 11:30pm on Saturday night.

Police discovered an explosive device had been detonated outside a house.

"A female and a number of young children in the house at the time were not injured, and no damage was caused to the property," Detective Sergeant Foley said Sunday.

"When ATO were on scene, a second pipe-bomb device was discovered. Both devices have been declared as viable."

"The remnants of the device that exploded and the second device have been seized by police and taken away for further forensic examination," Foley said.

"Residents who were evacuated as part of a public safety operation during the alert have now been allowed to return to their homes."

Detectives in Lurgan are appealing for witnesses or anyone who has any information to come forward.

"I want to thank all those who were affected by the alert for their patience as we worked to make the scene safe. I appreciate the disruption this caused to residents who had to leave their homes, however, keeping people safe is our priority and we will not take any chances," Detective Sergeant Foley said.

"This was a reckless attack by those responsible, and we are extremely fortunate that we are not dealing with any serious injuries, or worse today."

"Our enquiries are at an early stage and I want to appeal to anyone who was in the area last night and saw any suspicious activity, or any suspicious vehicles in the area to get in touch with us on the non emergency number 101, quoting reference number 1611 of 16/02/19."

"Alternatively, information can also be provided to the independent charity Crimestoppers on 0800 555 111 which is 100% anonymous and gives people the power to speak up and stop crime."

Tensions between Beijing and Washington add to world's Covid-19 woes

BEIJING, China - China said on Sunday that its relations with the United States were "on the brink of a ...

Protesters for and against lockdowns clash in Germany

HAMBURG, Germany - German police clashed with a large crowd of demonstrators who gathered to protest against a sanctioned anti-lockdown ...

Trump back playing golf as U.S. returns to 'normal'

Washington D.C. [USA], May 24 (ANI): US President Donald Trump on Saturday was seen golfing at his Virginia club, marking ...

SYDNEY, Australia - Tokyo and Sydney shares took off on Monday, and while stocks gained in Shanghai and Hong Kong, ...

DUBAI, UAE - The world's largest themed mall which caters for more than 21 million visitors a year has had ...

WASHINGTON, DC May 23 (Xinhua) - The domestic drivers for the Chinese economy are looking much better and Chinese domestic ...