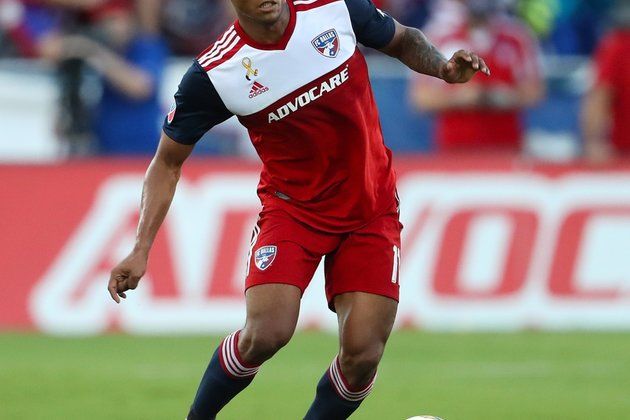 FC Dallas and the Columbus Crew SC, two of the most consistent sides in MLS, will try to stay hot when they square off Saturday at Toyota Stadium in Frisco, Texas, for the only time this season as the regular season begins its final stretch.

Both teams come off 12-day layoffs for the late-season international break.

FC Dallas (14-6-7, 49 points) is looking to maintain its lead atop the Western Conference standings. The Huntsmen, who have a one-point lead over Sporting Kansas City, are coming off a 4-2 win over Houston in the Texas Derby on Sept. 1.

Santiago Mosquera tallied a brace in a three-minute span in that victory after Michael Barrios opened the scoring in the 10th minute. Reto Ziegler also scored for FC Dallas, converting from the penalty spot.

"Sometimes with Mosquera, he has all these (abilities) to provide to the team and within the game, and we're trying to capture that," FC Dallas coach Oscar Pareja said of his suddenly-proficent goal-scorer. "Then the injuries obviously break his consistency in the field, so it's not been easy. I'm delighted to see him with such energy and working hard for his teammates."

FC Dallas roars into the stretch run with its focus on two goals: clinch a spot in the playoffs and win the MLS Cup.

"Knowing this group this much and working with them every day, I can see their eagerness to continue the path of getting trophies for the club," Pareja said. "And not being just an important team in the league, but a team who wins it."

Columbus (12-8-7, 43 points) went into the international break on a high note as well, defeating New York City FC 2-1 at home on Sept. 1. The Crew trail third-place NYCFC by six points in the Eastern Conference race and are nine points above the playoff line.

After falling behind in the 53rd minute against NYC, Harrison Afful and Justin Meram scored two minutes apart to produce the win for the Crew.

Columbus has been hot lately, rolling to a 4-1-1 record since July 21. The Crew have five players, including four key starters -- goalkeeper Zack Steffen, Wil Trapp, Gyasi Zardes and Afful -- coming back from international duty for the FC Dallas match.

Columbus defender Jonathan Mensah recognizes the importance of a strong back line heading into the regular-season homestretch.

"We're going to need everyone, so training-wise, we all contribute and improve," Mensah said. "Whoever steps in is going to do the same job, so we just have to be ready whenever you get the opportunity you go out there and help the team."

The Crew own a 19-17 all-time advantage over FC Dallas, with 10 draws. The Huntsmen have won 12 of the 21 matches played in north Texas, with three draws, including the most recent meeting in Frisco, a 1-1 tie in April 2016.

WASHINGTON, DC - The Trump administration has ordered 100 million doses of a COVID-19 vaccine candidate to be manufactured by ...

Hong Kong newspaper fights on despite arrest of proprietor

Donald Trump's WeChat ban targets a celebrated Chinese innovation at the heart of the world's largest mobile gaming and social ...

Facebook to clamp down on publishers with political affiliations