Rangers, Padres closing in on 100 losses 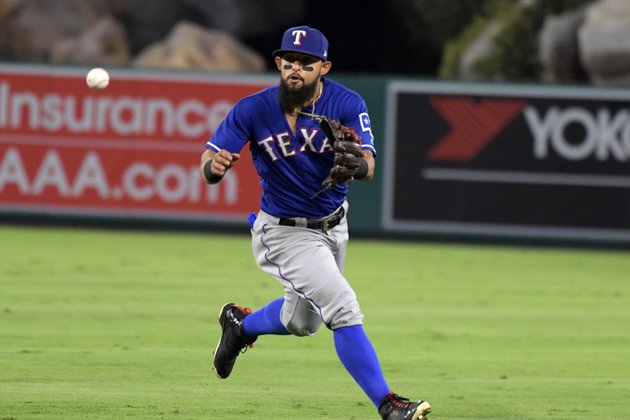 SAN DIEGO -- Teams looking to avoid 100 losses while dwelling at the bottom of their respective divisions in opposite leagues open a three-game series at Petco Park in San Diego on Friday night.

The Texas Rangers need only one more win to avoid the stigma of triple-digits while the Padres need four wins in their final 15 games to dodge their first 100-loss season since 1993. Losses aside, both the Rangers and the Padres have all but clinched another last-place division finish.

Texas won two of three from San Diego in a three-game series in Arlington, Texas, near the end of June.

The Padres and the Rangers will be starting late-season left-handed additions to their rotations.

Texas' Yohander Mendez is 1-1 with a 5.27 ERA in four appearances (three starts). He will be facing San Diego for the first time.

The Padres' Robbie Erlin is 3-6 with a 4.42 ERA. He will be making his 10th start of the season Friday night and his eighth straight start since being moved into the Padres' six-man rotation on Aug. 2.

Mendez is a 23-year-old Venezuelan who is still ranked the No. 7 prospect in the Rangers' system by the MLB Pipeline. Although he made his major league debut at the age of 21 in 2016, Mendez didn't make his first start until this past June as he's split the season between the Rangers' farm system and the major leagues.

With the Rangers, Mendez has allowed eight runs on 12 hits and six walks with six strikeouts in 13 2/3 innings with a 1.32 WHIP.

The 27-year-old Erlin returned this season as the long man in the Padres bullpen after undergoing Tommy John elbow reconstruction surgery in 2016. He made two spot starts in the first half of the season as the Padres were waiving starter Tyson Ross.

The 2018 season has been something of a Jekyll-and-Hyde season for Erlin.

Erlin's only previous outing against the Rangers came earlier this season when he allowed a run on three hits and a walk with three strikeouts in a 2 1/3-inning relief appearance.

WASHINGTON, DC - The Trump administration has ordered 100 million doses of a COVID-19 vaccine candidate to be manufactured by ...

Hong Kong newspaper fights on despite arrest of proprietor

Donald Trump's WeChat ban targets a celebrated Chinese innovation at the heart of the world's largest mobile gaming and social ...

Facebook to clamp down on publishers with political affiliations